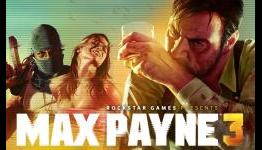 Rockstar Games might best be known as the force behind Grand Theft Auto, but they've got other intense franchises in their game stable, too.

And it doesn't get much more intense than Max Payne. After an 8-year layoff, the dark detective returns in the anticipated sequel Max Payne 3, which brings one of the more unique video game heroes to the PC, Xbox 360 and PlayStation 3 on May 15.

"Max is simultaneously the noir archetype of the hardboiled, war-weary detective trying to do good in a confusing world, who also is prone to making mistakes," explained Dan Houser, co-founder and vice president of creative at Rockstar Games. "He's a version of a super hero in some ways, and the fact that he has very strong flaws makes him very relatable."

games.yahoo.com
- Comments (2)+ Comments (2)
TopNewestOldest
The story is too old to be commented.

I saw the intro the other day and i'm surprised at people saying it doesn't have the 'noir' feeling of the first 2.

It seemed like the intro to a neo noir film to me. Intially I was slightly disappointed it didn't retain the graphic novel style cutscenes but R* have worked the inner monologue in so brilliantly that I think they've brought Max to a new level.

And it looks even more hong kong action than before so all in all I can't wait but I have to for 5 more days.

I feel dirty as I just realised this article is from Yahoo games. I need to shower.