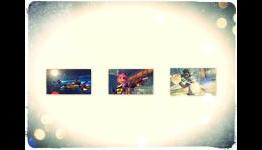 The previous entry in this series talked about a few multiplayer games that offered something a bit different to the norm, but this journey into the depths of the 360’s back catalogue isn’t done yet. There’s a wealth of distinctly fun single-player experiences to be had that might not be triple-A titles, but have a certain charm to them. Quite often these games are flawed, but that shouldn’t stop anyone from playing them; they show that there’s far more to the 360 than just Gears, Forza and Halo and that’s worthy of praise in its own right.

Adhttps://store.steampowered.com/app/1488200/Symphony_of_War_The_Nephilim_Saga/?utm_source=n4g&utm_medium=native&utm_campaign=sow_n4g_native&utm_content=png
- Comments (0)+ Comments (0)
TopNewestOldest
The story is too old to be commented.
70°14