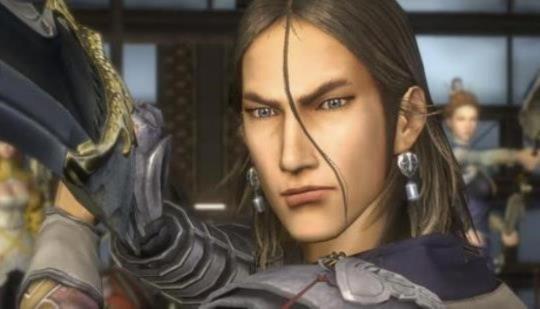 Peter Tieryas writes: The worldbuilding is mysterious and intriguing, with each new section making me want to know more about the immortals. The narrative gets richer with each new set piece, the bond the characters have growing as they face off against enemies that come in a variety of forms.

One of the best and underrated stories from last gen. I remember there was a bunch of Japanese exclusive games that were released last gen and they received mediocre reviews. In actual fact, the scores did not reflect those games and I blame those stupidly harsh critics for the lack of Japnese games for the latter part of last gen and this gen.
Phil spencer should find a way to either remaster this game or give it a sequel it deserves.

I cried several times in the game, all the different a thousand years of dream short stories are amazingly written, such a good game.

I LOVED those stories. I really hope we can get a remake of the original.

Same here man. They were so moving and beautifully written.

I wish this game would see a modem release.

One of the most solid games on the Xbox 360. The music was superb

Gamespot openly admitted that their 7.5 review score of LO was based on an incomplete version of the game which featured bugs (i.e. frequent texture load-ins, long loading times in-between battles, etc.) that weren't prevalent in the retail version. Yet, they never tweaked their final score of the game to reflect the retail version, despite claiming that they soon would.

Great game. Hoping for a sequel in the future.

for a second i thought there was some actual news for this.
can only wish to see something good to finally happen for this IP.

Same. Saw the pic and my heart flipped thinking it was going to be released on PC or something

I gotta go back and play this, one of the many rpgs I played when I was too young to really understand the narrative.

This and the last story really need to be remastered. Mistwalker made a mistake on what platforms to put these games on...

The battle system for this game was pretty good iirc

Their were no mistakes...Microsoft funded the projects which is why they still own the IPs now. Plus you can play both of these games right now on current gen Xbox consoles through BC.

The Wii is part of the Xbox's BC now? Dang, that's new. (The Last Story was a Wii game, that Microsoft had nothing to do with.)

Have this, still need to give ‘er a shot. Still have my 360 hooked up.

Lost Odyssey left a mark.. I can just listen to this song above and tear up idk how tf it does it.

This game was amazing in many ways, but the combat was boring.

One that I always put off giving a try. This is one of those situations where I would really like to see a remaster, and on multiple systems.

I’m honestly kinda pissed this game never got the 4K treatment, while it’s not graphically beautiful it’s visual design is so unique particularly for a game that utilises Unreal Engine 3.

The level up system in this game was pretty bad, even if the game was very good.

This is one of those games Microsoft should remake and expand with new sequels...

it took me years to finish the game. l explored every nook and cranny, the stories were beautiful. l felt so sorry for the main character lol. wish xbox supported more games like this.