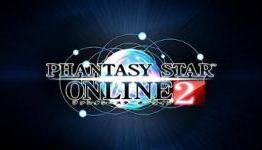 Phantasy Star Online 2 is no longer just a PC game. Sega announced today that the game will also be coming to PlayStation Vita.

That's good news, hopefully it will get a NA release.

Indeed, and hopefully they announce pricing soon. Considering the experience is going to be on a much smaller screen, I don't think they can get away with charging the same sub. fee for the PS Vita version as they would with the PC version. And I can already imagine the PC sub. fee is going to be $9.99-$14.99.

If SEGA is spending the money to make the Vita version, they are going to want to get it into gamers' hands. A $10 monthly fee for a Vita game isn't going to fly on a mass scale. Maybe $4.99 a month, but what would likely be the best business model would be to offer the Vita version for $39.99 or $49.99, but no monthly sub. fee.

I would imagine gamers who are interested in the game and have a Vita are going to be more inclined to pick up both versions. If that's true, SEGA is going to see $50 for the PC and lets say at least $40 for the Vita. That's $90 for the same game, plus the monthly sub. fee for the PC version. I think SEGA can afford to allow the Vita version for free online. And heck, there's likely to be an online store/shop for items, storage, etc. Offering the Vita version with no monthly sub. fee would definitely entice myself and others I'm sure to buy items...

I want this so bad! NA and EU release, pleeeaasse Sega!

Never played the games but i hav heard good things about them.

I think you can pickup phantasy star portable 2 [psp] on the store.

God I wish it would come to XBLA or PSN.
Never mind, enjoy the game.

it'd have to be a full retail game not downloadable though they could o psn if they wanted. If they did on xbl then it would have to go on on games demand not the arcade section

*update* I hope they fix framerate issues, is it going to be F2P?

Shocked its not coming to ps3 =\

I hope they fix framerate issues, is it going to be F2P?

This going to be my first Phantasy Star game :D this looks sick :D

Wow, that's incredible. Good to see Sony is keeping up with their promises. Nurturing third parties is going to be key to Vita's success.

The producer said the game's only 10% complete. They still have to optimize the game for the Vita and add in things like shaders, then it'll look more like the PC version.

Coming 2013. They have lots of time to optimize.

I'm sooo fkin' excited for this game.
Phantasy Star Online was one of my favorite games of all time.
Plus Vita/PC crossplay? FFFFUUUUUUUU
Just keeps getting better.

Agree 0Disagree 0
▼✖-+
SPAMInappropriate
Show all comments (22)
The story is too old to be commented.
70°

Why Sega Powered Magazine is Not to Be Missed