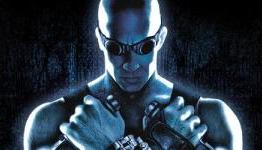 5 Games That Came Close to Greatness This Generation - Brash Games

Brash Games writes" There are five Games That Came Close to Greatness This Generation, they are:- The Chronicles of Riddick: Assault on Dark Athena, Lord of the Rings: War in the North, Final Fantasy XIII, Far Cry 2 and Sonic the Hedgehog 4: Episode I, read on to find out why".

Hmm, I know what it means. Dark Athena kind of felt like a bonus game. Ironically, I'm happy to of bought the game just to play through Butcher Bay.

I too first played Butcher Bay when it was bundled with Assault on Dark Athena all on one disc. In terms of games, these two were awesome, especially the first one (EFBB), where you're trying to break out of that planet prison Butcher Bay. The second one was cool as well.

Overall, I enjoy stealth games, and certainly enjoyed sneaking behind and stabbing drones' and guards' heads with shivs, screwdrivers etc. then silently pull the bodies into some dark corner. I almost collected all trophies but alas, everyone on my friends' list was busy playing that annual release of Call of Duty. (The game (CoD) doesn't even have dedicated servers while Assault on Dark Athena still does!).

The MP aspect is good, but it's a shame there are few (like 1 person) playing the game. Such an underrated game. I wanted to collect all trophies, but online ones seem impossible as no one plays there. :(

I wish there's another C.o.Riddick game soon or in the making. :)

If you want the platinum, why not post here for people to help with the online trophies

-I did! Several times to be precise, looking for boosting buddies. Most of them saw that it was going to take long and wasn't worth it. They would quit after like an hour of boosting! :(

Or it did a really damn good job at what it set out to do, and too many people were too busy expecting it to be something nobody should have ever expected it to be. So it failed in the eyes of these people who somehow thought that what they saw would NOT be what they got.

It did a great job of being a mediocre game, at best.

I didn't expect Final Fantasy. I expected a good game. That is NOT what I got.

Currently doing my 7th Far Cry 3 playthrough after doing 6 on the PS3, the game looks and plays infintely better on the PC which means I'll probably play it 6 or 7 more times before Far Cry 3 hits steam.

All Major Gaming Anniversaries in 2022