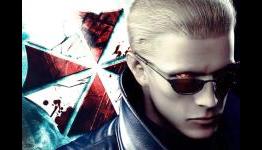 VM writes: "Resident Evil Revelations for the 3DS hits stores on January 27 and is shaping up to be an excellent entry in the series. To get you in the mood, here are the 10 best games the franchise has given us."

I severely doubt that.

Why ? it's kinda the ultimate version of one of the best RE games ...

isn't the wii version just the ps2 version with wii controls? its not even hd. and imo i thought re4 was good, except for that whole ashley thing, protecting her was so lame. Gameplay wise RE5 was far better, well aslong as your coop, atmosphere and story wise goes to RE4.

ahhh ok wasn't aware there were more bonuses for wii version. and dude im speaking gameplay wise RE5 was better, i played re4 right after re5 and was like ack.

obviously re5 core gameplay was the same but more advanced from re4. I beat RE4 twice and beat RE5 4 times. both great games, regardless of scare factor since no one should be scared by a game anyway.

more likely to die in COD online than in silent hill, RE or dead space

uh ? the Wii version would be , at least , the superior to ps2 , gamecube version upgraded with new controls and bonuses . Only good thing better on the ps2 version were the bonuses , wich are included on the wii re-release , along a new option control scheme via wiimote that's actually neat .

And well i guess we'll just agree to disagree on RE5 , was a total turd compared to RE4 .

Nah, the first one on PSone was where the sh1t got hot. they never matched Resi 1.

resi 5 was trash. i don't know what to think of resi 4 though. overall its a excellent game but kind of drags and drags and drags on. i've been playing the PS3 HD one and still haven't finished it because its such a long game and i need breaks from it.

How many resident evil games are there? It seems weird to have a top ten when there aren't that many more than that total, and many of them are non-triple A spin-offs. I wouldn't count the same game on different systems or special editions of numbered games.

I know that "lists" are all the rage on the interwebs right now, but this is kinda ridiculous. Its like counting down the top 20 Bond films. There are 22 total. If there aren't enough of a thing to do top ten, then you just shouldn't make your list "ten".

I know this seems like a silly rant, but the line has to be drawn somewhere.

And, on topic, I'd definitely rate Resident Evil 1 as the best, simply because it paved the way for the genre and delivered scares that weren't really possible before then on a video game system. Most people have fond memories of it. The dogs. There ya go. Silly dialogue, in a good way, kinda broke the tension sometimes. I think IMPACT and gameplay should be the ranking factors for most games. It isn't about graphics or minor tweaks/changes.

Gotta agree with every word you have said now :)

RE3 minus the controls because it's old is the best resident evil game. STAAAARS!

Those are my personal top 5

It's really hard for me to rank the first 3 because I played them all when they first released and have fond memories of me and my cousin beating those games. Nostalgia does have a lot to do with but I still play then from time to time.

The remake was just terrific. That is what I always imagined resident evil being like. I would probably say thats the best remake in video game history.
I remember when I walked passed a dead zombie and the bastard got up and started running after me, great moment.

The remake of Number 1 was stellar. It was really difficult for me to let go of Barry's stupid dialogue though. It defined a lot of funny moments of my college years.

I don't know Barry, what the hell DOES it look like to you? Ya Magnum-toting moron. ;P

Barry has to be the only person that wouldn't call someone Captain Obvious.

Awww, I was so disappointed when Barry didn't say "You were almost a Jill Sandwich!" in the remake. I wish they had kept at least some of his cheesy lines. lol

The remake was fantastic.

wow you guys never played the one that had online multiplayer on ps2? i think it was called outbreak?

Lol everyone is like: so you mean Resident evil 4 was not the first in the series!?
Remake hands down and if you disagree then you are a resident evil 4 f4agg0t

Outbreak missed but Revelations included. This is nintendo's article. Fail.

And another top. Parts that ruined franchise (for young players):

Started playing RE5 online with a friend in Co-op.. What the hell was I playing?

Don't get me wrong I love Resident Evil, even as it's evolved from survival horror to survival action, but that article was pathetic. It was a (very) thinly veiled advertisement for the options available for download. They didn't even sort things just mentioned all that was available on PSN/XBL. Putting RE2 lower on the list than code veronica? Seriously?