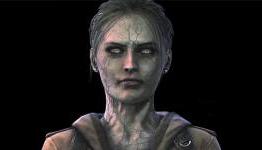 There are 12 achievements with a total of 200 points.

I have to admit, for a game that looks as good as this does that's a pretty underwhelming achievement list.

Thank goodness the achievements allow you to have fun, instead of doing stuff you wouldn't normally do in any game though..It's decent.

One of the cheevos is called "find me". They should of called it, "If you seek amy". XD!

It's because it's an Arcade game on XBLA and the standard requirement for them is something of around 12 achievements.. I think.

Kinda annoying to me really, as the PS3 trophies are based on Microsoft's standards for XBLA releases so an underwhelming list and no Platinum trophy. Same happened with Beyond Good & Evil HD and Resident Evil 4 HD. Unfortunate circumstance is that, especially for what are full games, not "arcade" games.

7 Careless Caregivers Who Shouldn't Be Put in Charge of Kids, Probably

The 6 Most Horrifically Bad Horror Games Ever

Which of this week’s Xbox Live Deals With Gold bargains should you pick up? – 1st Dec 2015