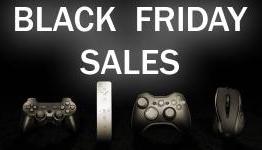 It’s that time of year again, Ranters. The magical corporate holiday after Thanksgiving and before Christmas known as Black Friday is nearly upon us. While the auspicious day isn’t until November 25, several sales fliers have already begun to show up online. Black Friday falls in the busiest release month of the year for games. Indeed, this year is no exception. As such, many of your favorites and hotly anticipated titles are up for grabs for prices that are nothing short of insane.

Check out the Black Friday deals from four of the biggest games retailers around: Best Buy, Kmart, Walmart, GameStop

gamerant.com
- Comments (0)+ Comments (0)
TopNewestOldest
The story is too old to be commented.
180°3