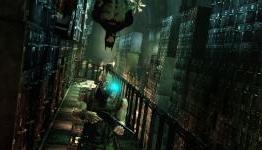 Tribune writes: "When Batman: Arkham Asylum released in 2009, I was reluctant to play it as almost all Batman games prior had been sub-par. I was very surprised to find that the game was actually good. In fact, it was really good being awarded Game of the Year by numerous publications. Now, Rocksteady Studios has released a sequel, Batman: Arkham City."

playtribune.com
- Comments (0)+ Comments (0)
TopNewestOldest
The story is too old to be commented.
110°4

The Value of Dynamic Environments

The Game Isn’t Open World: The Art of Linearity