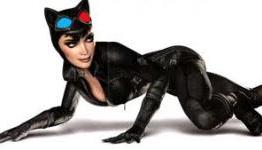 A while back, Eurogamer ran a report revealing that full-resolution stereoscopic 3D using the HDMI 1.4 standard was coming to the Xbox 360. Five months on, Batman: Arkham City is the first shipping game to utilise it.

Previously there has been some confusion as to whether the Xbox 360 hardware is physically capable of carrying the HDMI 1.4 stereoscopic 3D signal. There was some concern that the older HDMI 1.2 standard supported by the Xbox 360 couldn't be extended in the same way that the HDMI 1.3 controller in the PlayStation 3 was repurposed to support the new standard.

MS should have had Gears3 feature this.

Gears 3 does have 3D support

You mean Epic should have done it.

Epic already stated that 3D was just a tacked on feature that they did, just because they could.

That said, how many people actually care or use the 3D feature?

Agreed. They implemented in 3D in later stages of the game. I mean I know of people who bought Gears of War 3 and didn't even know it had a 3D mode available.

This is not like GG's Killzone 3 that was built from the ground up with 3D in mind. They looked at the development stage of Gears of War 3 that they were in and decided to use a 3D mode that would easily work.