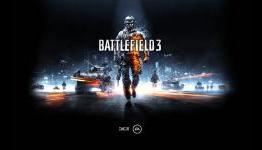 DICE: Players want games to be “the same, but different”

“Everyone wants unique. But when they get it, they don’t like it, because it’s different,” the executive producer opined in a huge interview with Gamasutra.

“I’m a consumer, so I know what I want. I want the same, but different. It’s the classic ‘same, same but different’ mentality. It needs to be similar to what I had, but it needs to be unique at the same time. And the question is only, ‘what is the same?’ and ‘what is unique?’ How daring do you need to go?”

Bach said there’s little point doing market research, because players invariably respond with “I want it like it was, but better.”

This is why i think videogame developers shouldn't listen to fans because you can never make them happy. I actually applaud COD for staying with the same mechanics and adding new things. That what fans want and like.

pretty much what your saying is , if it aint broke dont fix it, but polish it a bit.

"pretty much what your saying is , if it aint broke dont fix it, but polish it a bit."

the only problem with that is reviewers get hung up on the fact the core gameplay hasn't change from the last game (even if it works very well) and so mark down the game (depending on the reviews bias to the game- some get a free pass and other do not I am not sure why) and so these developers have the change it because scores sell games. I agree if the gameplay isn't broke why change. Kind of speaks to the gameplay. Developers can improve in other ways (technical feats/ polish up the game)

If the majority of a vocal playerbase likes something, wishes something, then I don't see any reason not to implement/change it.

However, I also agree that the developers are getting way too soft regarding how they release games. They release them so you don't have to learn anything. For example, how to control a weapons bullet spread or distance accuracy. It's just straigth forward. Call of Duty has this problem aswell as Battlefield.

its too bad COD actually is pretty terrible

There is nothing wrong with what CoD 'had'. I hate it because what it has turned into, you may say it is the same as what it use to be, but it isn't. It is why a lot of fans, especially PC ganers, now hate CoD.
The game use to be about quick SHOOTING gameplay. They had only a few killstreaks (radar, missiles, chopper for CoD3) and nothing else. The game was still about being a shooter. Now they take it away, make all these stupid perks like last stand and martyr (they were in CoD4 but were still crap) and other stuff like that perk where you can change kits on the fly. Then they add stuff like AC130s where if you get that you basically smash everything. Then they add in nukes which basically encourages people to camp, or cheat lobbies by getting people on the other team and taking turns in camping and boosting to 25 kills.

TL;DR CoD is shit for what it has changed, it would still be good if it kept the good old gameplay.

@Mika
Ok get what you saying, but they defo need new engine.

Yeah it wouldn't be so bad if it didn't look exactly the same. A huge upgrade in physics and visuals would be great for cod. And after 4 years its where we should be right now.

Kind of like how Zipper wanted to change Socom, how did that work out for you Zipper? I see no problem sticking with a gameplay style that the fans know and love, and the gamers also agree, which is why you see games like Socom change and then plummet in popularity.

I dont think anyone wants their games to be different other than maps, features, new weapons, minor tweaks etc.. but these developers think we want a new engine, health , weapon damage, remove features and replace with other crap. Look at the Socom disaster, Gears 2 disaster, Resistance2 disaster, Killzone3 disaster. "resistance 3 bringing back weapon wheel" "gears 3 more like the original!" yea like they should have been in the first place. People want COD like MW1 or whatever, go figure. they complain about being the same game yet they say the original was better.

God forbid you change hairstyles in a game lol fans will go nuts its not the hair i remember, i call boycott.

Cod is a different story because it definitely is broken, but they continue to never fix it or polish it up, or innovate anything new. It's literally been the same game in a way for years....literally.

What he's talking about brings Metroid Other M to mind. Nintendo tried something different and people hated it. I personally loved Other M and welcomed the new changes, especially to Samus herself, in both her personality and the physical aspects of her character. Gamers are just too god damn picky and spoiled.