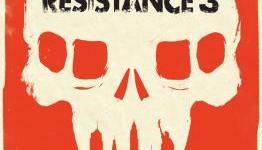 Gordon Bryant Writes: "In the end, Resistance 3 is about as good a game as you could really hope. Sure, the story and gameplay suffer a bit in the end, but it was able to marry the best of modern and retro shooters into one of the best in its genre to come around in the past few years. Its art direction totally nails the sombre mood that the series has driven home for years, and the change in pace from wide-scaled shooter to a more subdued and personal story was arguably the best thing Insomniac could have done to breathe new life into the series. Add to that the creative arsenal and perfect controls, and you have one hell of a fun game, even though I doubt the multiplayer is going to be particularly significant in the months to come. If you were on the fence about getting Resistance 3, I give it an enthusiastic recommendation; it's not very often that I am so caught up in a game I can beat it in one day."

Have never really liked the series.

I personally kind of like Resistance 1 but what has kept me away is the fact I am not a big fan of SiFi shooters with unrealistic futuristic weapons shooting big monsters. I bet it is a good game but I tend not to enjoy these types of FPS as much

Yeah, the first was pretty good. Being a launch title, and long before the competition really stepped up its game, it succeeded. Resistance 2 struggled to justify its existence though imo.

honestly? Neither did I...until this game.

Wow, seems they've really outdone themselves. Game came a long was from their demo at GDC.

A solid review! ^^
Too bad the game isn't for PC too, it looks really interesting!

this game is amazing

You got up to the bit with the mallets yet. They've really put some fresh bits in there. Ill jump onto your co op if my guy keeps slacking off.

This is my favorite Resistance game! :) Personal favorite FPS this year too. Not really into COD and Battlefield looks good but I like SciFi much more and they won't have weapons to match this game in it.

Its a great game hate using an online pass to play online can't wait to buy a move and try the game with a move.

not a fan of the online pass myself, but look at it from a developer's point of view...gotta find a way to make a buck, especially in a world where more and more studios are closing.

Ranking the Resistance Games From Worst To Best

Why Resistance Was So Incredible

10 Classic Video Game Franchises That Crumbled in the 2010s