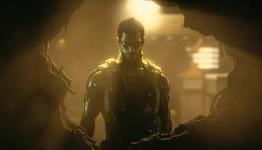 A fledgling development studio shipping its first game based on an all-new engine and a hugely ambitious game design... What could possibly go wrong?

Returning to the topic at hand, the main takeaway from this piece is uniformly good news for all concerned: the two console versions are essentially identical, with just deeper gamma and some minor, additional blur differentiating the 360 release from the PS3 version which looks cleaner but seems to feature less effective anti-aliasing. From a performance and gameplay perspective, the two SKUs are mostly identical. In fact, the two console versions are perhaps too much of a match

LOT and DF pretty much came to the same conclusion. Although I'm confused why DF didn't mention the SSAO and shadow differences. Take a look at this image form DF gallery.

@andron666. No no major differences but the Xbox does have the (very slight) upper hand in shadows and SSAO. But who cares right.

Well I have only played the PS3 version and it looks very good for the most part. But I have noticed the trouble with the anti-aliasing causing some shimmering here and there, but it's a slight annoyance.

All in all I'm impressed with how solid the game is technically. I have played over 1 hours so far without encountering any bugs...

I'm still waiting on my PS3 copy in the mail. I'll be sure to pick up the PC version after I've finished it on console.

There was a video comparison a while ago where I thought there were less effective anti-aliasing techniques used on the PS3 version. Cue a heap of disagrees from some of the more touchy N4G members (95% of this place).

GPU MLAA on the PS3 version is a HUGE fail.

I've actally played both versions. The ps3 controller seems to be a little more precise. Especially when looking around offices and such. The 360 jerks around a little to much. The 360 seems to look better to my eyes with more AA.

Great game and it looks good. I'm playing on PS3, but it's nice to see both console versions are more or less identical...