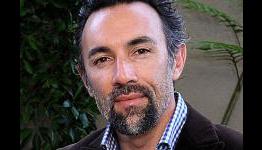 Actor Francesco Quinn sadly passed away on Friday, August 5th while jogging with his young son in Malibu at the young age of 48.

Quinn did voicework for videogames, including General Vega in Command & Conquer: Tiberian Sun, Quantum of Solace, and is listed as voicing "Additional Roles" in Mass Effect 2.

Adhttps://store.steampowered.com/app/1488200/Symphony_of_War_The_Nephilim_Saga/?utm_source=n4g&utm_medium=native&utm_campaign=sow_n4g_native&utm_content=png
- Comments (88)+ Comments (88)
TopNewestOldest
Expand all
The story is too old to be commented.

That's just 10 years older than I am! Holy crap! Well, everyone needs to make changes at some point in their life and this is one reason I quit smoking, gave up soda and rarely do fast food. Not saying he wasn't taking care of himself but it really makes you think about your own mortality.

Getting old sucks. I feel so bad for his son and family. I lost my pop when I was a lad and I still think about him a lot.

I was just watching Platoon off Mpix cant help but feel responsible. Shit was a good movie man!

Holy shit, he was the soldier with the barbed wire staff in the film "Platoon" !

RIP. Always a bummer when someone in the industry leaves us. That's way too young for anyone....

Condolences to his family. I hope his son knows his father was in some great video games.

What kind of douchebag disagrees with these kind of comments?

Thats sad that he died at such a young age. My condolences to his family. Sucks that his little boy has to grow up without his father. RIP

Yeah jesus and his son watched him die...wonder what happened

ITS ALL A STORY JUST LIKE ALL THE OTHER IN THE WORLD. TAKE AWAY RELIGION= TAKE AWAY THE WAR

@Kai
You're delusional if you think religion is the only thing that incites war. Consider politics, food and water, natural resources, over-population. People are going to be willing to kill to keep these things in their favor in order to survive.

i understand exactly what you said and maybe i jumped the gun a bit. but religion is a big factor. so much hate in the world.

p.s. the yobos in my country need to be burning down parliament and not peoples livelyhoods.

Religion has absolutely nothing to do with this man's unfortunate death or with his comment. Also, "Jesus and his son" doesn't even make sense. Thirdly, just admit you were way off in your all-too-quick interpretation of his comment. He meant to say "Jesus..." as an exclamation of shock.

If my calculations are correct, over 2 million people died under Stalin and he was an atheist. It's not religion, it's man. We are a fucked up species.

He was just wishing him good wishes Kai..no need to be a douche about it.

RIP, and thank you for your service.

Very sad news and especially sad to hear that his son had to witness that. I hope nothing but the best for his family.

Wow. so many young ppl dying recently. Not good.

Sad to hear, even harder to hear it was in front of his son. That kind of situation has to be so tough to move on from. I hope when my time comes it will be peaceful and very much down the road.

Damn he not much older than me. That sucks!

Its sad that he doesnt even have the roles he played in ME2 listed. Really sad R.I.P

How can anyone disagree with all those comments?

Another life gone so soon. :(

Oh man thats terrible. I feel awful for his son, to witness his father die while they were doing something together. Even though I'm not familiar with his work in voice acting may he rest in peace

Loved him in Platoon.

Yeah, was going to post that as well. He was badass in Platoon. It really sucks that he died so young. His dad lived to a very ripe age. I wonder what exactly caused Francesco's death. Crazy how you never know when you're number is up. I need to quite smoking for good.

Yes and he was jogging also which means he was health consious unlike many of gamers like us. Man i should get back on the workout thing as i've been lazy for past one year and im' approaching the danger zone of age

I'm actually in excellent shape. I exercise 5-6 days a week and eat healthy but my one vice is a couple of cigarettes while I'm drinking. Even a few cigs a week is unacceptable. That sh!t just doesn't belong in your body. As much as I know this I can't beat the habit. Hearing about others dying so young is a wake up call though.

Yeah, his was one of my favorite characters in Platoon.

That's why exercising can be bad for you. Some people aren't in the right shape to go running or do strenuous exercising. It's a shame that people have to die when they are trying to improve their lives. Exercise can be good for certain people, but other people who have hereditary conditions can be seriously harmed by excessive exercise. It's best to consult a doctor before any exercise regimen. I'm not saying Mr. Quinn had hereditary conditions, however it's always best to see a doctor before you start working out. Maybe his death could have been avoided if precautions were taken. Some people push themselves too far when they start out because they want to lose weight quickly. It's always best to start SLOWLY and work your way up. It's very sad that this person had to die.

@element i dont think we can judge by the fact that he died while jogging, means excercise is bad for us. We dont know the circumstances of what caused his death but we do know from the study that running is pretty good cardio excercise and can improve ones health not the otehr way round.

I was regular gym guy for many years and never went to doc in years. Of late had stopped most forms of cardio and only do pushups/crunches at home when i'm not lazy and i can feel that i get more sick. Earlier times i could game on for 8 hours straight and now few hours and i'm tired / hurting etc. It's all about conditioning.

Jogging, like most exercise, can be quite dangerous if done wrong. Big emphasis on "if done wrong".

Damn i remember him in Tib Sun.

Great actor. I mainly remember him on 24. RIP.

this happens every day and people die every day no matter there age my father died at the same age 2 years ago and i was with him so i know it's hard you only see it on the news for actors or popular/important people but i feel sorry for his family there in for some hard times,god bless him and his family RIP.

It's terrible when anybody that young passes. My belated condolences to you and yours. I'm sure it's been incredibly difficult to deal with. Hope you're hanging in there.

It is true that everybody dies and it happens every second we sit here, and it is sad that not everybody is acknoledged, but when it happens not everybody can say RIP to every single person who passes away. Although sad, it would be down right impossible =\

Some of you may say "You didn't even know him!" But it doesn't matter, a death is a death and no matter whose it is, they are all sad. Especially for a younger individual. So, in true video game style, "Requiescat In Pace!" [Pronounced: Re-qui-scott En Pache]

We all will die someday. That's why I say always treat people the way you want to be treated. Life is too short to be negative and evil to others.

Damn that suck's i remember him in platoon too him,charlie sheen and that one african american guy were the only survivers from their platoon great movie...may he rest in peace.

R.I.P. Feel bad for the family.

There is a bright side to this, his acting work makes him live on forever. His son will eventual grow and move past this, and when he does he can be proud that his father was successful and no matter how small his part was, his father was a part of the Mass Effect Universe.

My condolences to his family and friends.

R.I.P
Though the article isn't being very elaborate about how this man died.
Died what from jogging?
Did he trip and fall over a bridge?
Did he get hit by a bus?
Did he have a heart attack?
Did he have a stroke?
What exactly happened?
Someone explain.
:(

According to this article it was a heart attack: http://scoop.today.com/_new...

Dude who is so immature to disagree with everything?

Stalin, may of been Atheist, but he was ruling under his own church like it was religion. Besides, it had less to do with him being an Atheist and more of him thinking he was a God to his people. Very much like the leader of North Korea. And before you try and bring up Hitler, know the Church celebrated his birthday, he had very close ties to the Church and all his SS work belt buckles saying "God wills it". Religion is a poison on this world, great thinkers such as Albert Einstein, Stephen Hawking, Socrates and etc., denounce(d) the teacings of the Church. There's no reason to have religion anymore as it breeds hate, contempt and is usually the cause of great losses of human life. As you can probably tell, I'm an atheist.

Sorry for the grammatical errors, posting from my phone.

:(
RIP and will never be forgotten!

On topic RIP, too young... Probably had more great projects lined up.

Sad but no more sad than starving somali children dying on the side of the road ,abandoned by there parents as they have no strength to carry them at least this guy lived well.

Hah, nice. But good luck getting the typical American to care about starving Somali children. They're too busy hugging their guns, complaining about the government and watching what Justin Beiber is up too.

Mass Effect 3 is going to suck now... I guess I won't be buying it... what a loss of talent, he was something truly special.