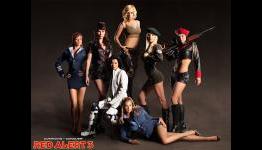 The Rise and Fall of Command & Conquer

GamingLives.com tracks the rise to fame and fall from grace of the Command & Conquer series.

The fall of C&C started when they did not release a multiplayer expansion for RA3. I knew right then the series was in trouble.

Then they released CnC4. And it was dead and once again awaiting a reboot. (which we are getting in 2012 BTW)

Trouble started way before that when EA took over and fudge the game beyond recognition. Sadly, I used to love C&C almost more than StarCraft.

Luckily Blizzard is NOT screwing up StarCraft!!!

I would agree with you, except my favorite CnC experience was Generals/Zero Hour which was made by EA. And I am talking from a gameplay standpoint here, not the story. Gen/ZH had a non existent story.

But CnC Generals had nothing to do with CnC, the gameplay was different, the unit production system was different, the interface was changed, and if I'm not mistaken, even the mouse buttons were inversed compared to previous CnC in order to be like in SC and WC.

Most CnC games had over the top units, something CnC Generals mostly ignored, basically no FMVs, with the exception of the overly boring reporters. And, my biggest gripe about CnC Zero Hour, they stopped patching it before the game was actually well balanced, how awful is that.

Now, I'm not saying CnC Generals was a bad game, as it was fun and for the most part well designed (with plenty of balance issues though, still to this day), but it had nothing to do with Command and Conquer, they basically made a RTS from scratch (well, with the exception of the engine which was used in Emperor) and put the CnC logo on it to make sure it sells.

Good article, although, to me, CnC ended with Renegade, as CnC Generals, while a good game, didn't have anything to do with the CnC series with the exception of the name, gone was the sidebar, and the game basically played like a modern-era StarCraft thanks to its builders.

Generals had nothing on RA2!

After Red Alert 2... I thought every iteration of CC was... very bland.

I loved most C&C games, but 4 made me cry myself to sleep at night.

Why I love the music of Command & Conquer

Five Times Music Made the Game