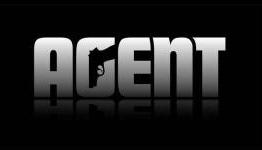 During E3, news broke that Agent might no longer be a PS3 exclusive game after an interview with GameTrailers’ Geoff Keighley, and on the latest episode of Bonus Round, he basically confirmed that the game’s no longer a exclusive to the aforementioned console, but would also make its way to Xbox 360.

Adhttps://store.steampowered.com/app/1488200/Symphony_of_War_The_Nephilim_Saga/?utm_source=n4g&utm_medium=native&utm_campaign=sow_n4g_native&utm_content=png
- Comments (17)+ Comments (17)
TopNewestOldest
Expand all
The story is too old to be commented.
HuGi4259d ago

Fint by me. PS3 version will better like LA NOIRE. 360 gamers get a good port from the power of PS3 lead in development

The best version can also be on Wii U.

I watched the interview with Tretton and when asked by Keighley if Agent was still exclusive, Tretton replied "you'll have to ask Rockstar North about that one".

Suspicious. Not confirmed, but suspicious.

Then I watched the Bonus Round and all Keighley says is "Jack admitted that Agent is no longer PS3 exclusive", which he actually didn't. Then Keighley says "well he didn't actually confirm it so we'll have to wait and see on that one".

But it's possible. It's been a number of years and we've heard nothing, so we're just gonna have wait some more.

Yeah I have to question just whether it is "confirmed" or not. The story just says that Geoff Keighley repeats his opinion on what Jack Tretton said.

Last time I checked Geoff doesn't work for Rockstar or Sony. So really until you hear Rockstar comment on this nothing is confirmed.

I have always suspected that Agent was only at best a timed exclusive. This is Rockstar they like to whore themselves to the highest bidder but always ensure they don't restrict any future money making activities. But until we hear from Rockstar about Agent nothing is "confirmed".

CHANGE THE TITLE This isn't confirmed....

Sony paid for an exclusive title from Rockstar years ago. They haven't gotten one yet.

its kinda hard to feel either way about a game we never saw anything but a logo for. Don't really care TBH, way too many great games coming out to be bothered by it. The only reason it had my interest was because it was being developed by Rockstar. Multiplatform, exclusive, vaporware, I don't really care anymore.

So is it confirmed that this article is unconfirmed, i need confirmation before i delve into my speculation on a game no one knows anything about,For some reason i might watch the film the firm.

Isn't this literally the nth time that the game's been "confirmed" as multi since it was first announced? Meanwhile, there's yet to be one pic of gameplay shown.

As far as this time, I think Tretton took R* at their word. The commitment they made to Sony when they first promised the game.

Again, nevermind that its been years and the thing is approaching the Duke Nukem level of development hell. Just like vsFFXIII.

I believe there are too many cases like this happening that it's not even funny anymore. It should be an accepted fact now that most big budget games will have a very high probability of going multiplatform/ timed exclusive, unless they are developed by first party studios. The position between the two HD consoles are too similar Yo ignore one another

How does an exclusive game suddenly not become exclusive? By what I know, LA Noire was partially funded by Sony. So how did exclusivity just expire? I was under the impression that LA Noire going multiplatform is what lead to Agent being PS3 exclusive due to Sony's funding of Noire. So how does Agent suddenly go multi?

I definitely think rockstar never intended to fulfill that exclusive promise and thats why ps3 will get first dibs on exclusive dlc...

"Information
Rockstar Games is proud to announce Agent. Developed by the people behind Grand Theft Auto, Rockstar North, Agent will be available exclusively for the PLAYSTATION®3 computer entertainment system."

official site for the game

yes thing's can change but the point still stands Official site by Rockstar Games has the Game still a PS3 exclusive.

Where and by who?

No confirmation anywhere. Keighley is *not* an official source of anything but unconfirmed bullshit and speculation.

Why was this approved?

What Happened To PS3 Exclusive Agent?

The Curious Case of Rockstar's Agent