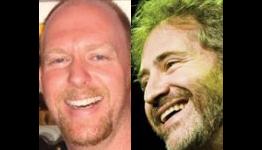 Morhaime sticks up for Kotick

The two companies merged in 2008 and Morhaime told MCV that his colleague is completely simpatico with Blizzard’s creative values and is often judged harshly by people who don’t (or won’t) see the whole story.

Screw kotick so many people are getting tired of cod even youtube commentator's.

Bobby Kotick: Activision Expects Microsoft $69B Acquisition to Push Through by June 2023

Not Bringing FFVII: Ever Crisis To Consoles Is A Mistake