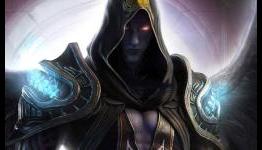 GameDynamo - "There have been umteen comparisons of Lord of Arcana to Monster Hunter since the game’s demo was released – and for good reason too. Access Games’ developed action RPG resembles the insanely popular Monster Hunter series closely. I was excited going into this review, but I have come out less than impressed. Lord of Arcana is a decent game, but it falls short of real greatness when compared to what it’s trying to be."

Adhttps://n4g.com/General/Sponsored/arise
- Comments (0)+ Comments (0)
TopNewestOldest
The story is too old to be commented.
180°6

Gamestop has several PSP RPGs for less then $10

“SUPER UFO FIGHTER” is coming to PC and the Nintendo Switch on July 14th, 2022