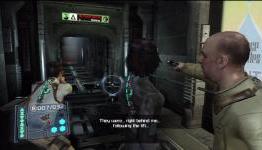 I have to admit, back in early 2009 when Dead Space: Extraction was first announced, I was more than a little….confused. The original Dead Space, the gory 18 rated 3rd person survival horror shooter that Extraction ties into, was released on what are generally considered the “hardcore” gaming machines: PC, Xbox360 and PS3. So what console was Extraction exclusive to? The Wii, home to Mario, mini games and family friendly fun. A widely popular console for sure, but also a console that a fair number of the Dead Space fan base probably didn’t own. Like most games that sound like they were forged by meddling publishing executives getting high on feedback from focus groups, it was a total flop at retail. Thus Extraction passed many a Dead Space fan by, gradually fading from collective memory never to be heard from again. Or so I thought at least.

push-start.co.uk
- Comments (0)+ Comments (0)
TopNewestOldest
The story is too old to be commented.
60°