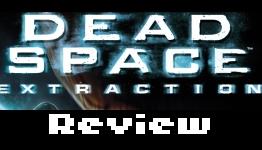 "Dead Space: Extraction is another chapter in the horror-laden universe Visceral Games created back in 2008. Extraction is a prequel to the first Dead Space, and shows the gruesome details of what happened aboard both the colony and Ishimura before Isaac and his crew got there. Originally made for the Wii, this rail shooter from 2009 was ported to the PlayStation 3 in 2011 with incredible results – and an HD facelift. Surprisingly, Extraction isn’t just another rail shooter."

Adhttps://www.youtube.com/watch?v=EjfojxXOobE&t=463s
- Comments (0)+ Comments (0)
TopNewestOldest
The story is too old to be commented.
70°