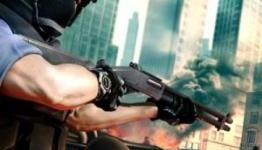 Gameloft’s Modern Combat title was subject to hackers almost as soon as it was released, but the developers have listened to community feedback and are fighting back with a patch that claims to do away with the hackers to get battles back on a level playing field.

Adhttps://www.youtube.com/watch?v=_iUAHlmkvuE&feature=youtu.be
- Comments (0)+ Comments (0)
TopNewestOldest
The story is too old to be commented.
30°
7/10
1