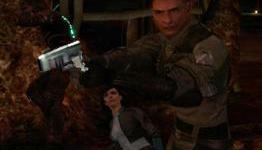 Orange - For those of you who just can't get enough of Dead Space, Extraction offers more on the story of the series and a chance to spend a little more time with your Move controller too. Originally released on the Wii, the game has had a serious HD upgrade for the PSN that provides some stunning visuals. There are some less detailed elements that haven’t quite worked in the leap from the Wii to the PS3 – but the environments are more than you would ever realistically expect from an on-rails lightgun-style shooter.

orange.co.uk
- Comments (1)+ Comments (1)
TopNewestOldest
The story is too old to be commented.

This is a great Move enabled title.