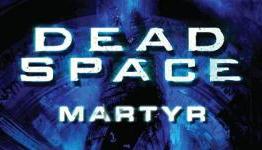 The original Dead Space, launched back in 2008, endeavoured to push boundaries not only for the Survival Horror videogame genre, but in the cross-pollination of entertainment media. Not satisfied with simply offering consumers a deep and involving videogame experience, the release of Dead Space was accompanied by the feature film Dead Space: Downfall and a six-part comic book series. What’s more, an interactive website, www.noknownsurvivors.com, was presented as both an extension of the franchise and an inventive marketing tool. A fairly comprehensive series of associated products you may well think, but Dead Space 2 is most certainly poised to top this.

I'm about to pick up Martyr. Looks like an interesting read.

It Is I recommend it ! Is Freaking awesome and suspensful, and the ending is fucked up ( but in a good way ) just read it !!!!

Five Games That Will Define Survival Horror In 2023