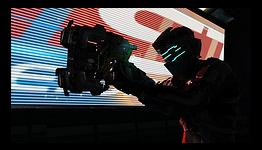 Making Dead Space 2 has been a blast, getting to see everyone’s speculation on what the game was going to be about, if we lost our minds and cut out the horror, or if we were making some sort of ninja-puzzle-adventure game. Now is the time to see what the final version Dead Space 2 is all about.

From my perspective, the team did a fantastic job. This is the game I’m most proud of being a part of. The game feels better, looks better, has bigger moments, and even includes multiplayer for the first time. I really hope you like it!