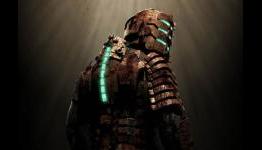 Set to launch alongside Dead Space 2 this coming Friday, a new action figure depicting the protagonist of the Dead Space franchise has been revealed. Isaac Clarke doesn’t have an easy run of things, and the new bloodstained vision of upgraded Dead Space 2 armour shows just that.

Adhttps://n4g.com/General/Sponsored/arise
- Comments (15)+ Comments (15)
TopNewestOldest
Expand all
The story is too old to be commented.

I dont like the way he looks. Looks cheap.

Really? your one easy mofo to please

I bought the first one, I'll pass on this one.

I'm gonna buy it and rape it

Should've gotten Todd McFarlane to make some figures of Isaac and the Necromorphs. His stuff is awesome.

Where have I heard that before?

Well its safe to say it is not worth any more than a dollar.

T'is from RoboCop, my good man!

It looks good, but cheap (it be awesome if it was full metal)

Classic Sci-Fi Survival Horror Is Back When Dead Space Launches January 27, 2023 for PS5, XSX and PC

The Best Survival Horror Games Of All Time Ranked

Rebuild a civilization in Endzone - A World Apart: Survivor Edition on Xbox Series X|S and PS5