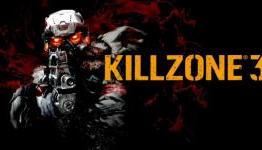 Advanced sales for Killzone 3 for Sony Corp.’s Playstation 3 increased this week at Amazon.com amid strong demand for the first-person sequel.

This week, Killzone 3 held a sales increase of 28 percent to rank at No. 257 in Amazon’s Video Games division.

Adhttps://www.youtube.com/watch?v=EjfojxXOobE&t=463s
- Comments (32)+ Comments (32)
TopNewestOldest
Expand all
The story is too old to be commented.

So close yet so far oh well LBP2 will hold me over till then.

Got mine paid in fulll

Great game and all but seriously? How is this news? Someone just went on amazon and found the game and reported it has increased on pre order charts JUST for amazon and is now ranked no. 257??? Wow seriously.

What per-orders are rising as we get closer to release. Well slap me stupid and color me purple, who would a thunk that would happen.

Paid this off at the beginning of December. SO pumped for this game, especially the multiplayer.

Ditto, can't wait to get me hands on that purdy Helghast helmet.

But you do get an amazing Helghast helmet!

I preordered this since last year.

Lol...Im not good at keeping secrets but i dont care, ive finished killzone 3!!! Sounds crazy right????? My uncle is a game developer for sony and he secretly brought back a copy of killzone 3 which was 65-75% complete and i played it to the end. :O

Im not gonna spoil it for any body but all i can say is im gonna play it again when the game is 100% complete. The one i played has every thing the full 100% complete game has but the 65-75% complete game i played was missing some graphics details and had lots of glitches,but i did not care,I can only imagine what the 100% game will b like :)

I know im gonna get loads of disagrees but i dont care, All i can say is that killzone 3 will shock u.If u think u cant c any thing more epic than god of war 3 think again!!!!!!!!!!!

so you're telling me you and your uncle live in amsterdam??

I'm sure you've heard this multiple times...Pics or it didn't happen.

i think that in February you will see a large jump

I would love to show u proof but i would just b spoiling the game for almost every one who wants killzone 3 on n4g.And apart from that my uncle did not allow me take any pics bcuz he knows i would put it up on youtube which can cost him his job. Like i said b4 i knw it sounds crazy and i knw im still gonna get loads of disagrees and no one will blive me but i promise u when killzone 3 is relased remember my comment when i said "All i can say is that killzone 3 will shock u.If u think u cant c any thing more epic than god of war 3 think again!!!!!!!!!!!".... Im not gonna spoil the game for any body ;D

Edit:- 5 disagrees in less than 3 min(my first comment) I respect every ones opinion who did that, im not surprised.Its a shame i cant show u prof but its all good.At the end of the day when the game is out we will all agree that killzone 3 is the best fps this gen. :)

Damn i luv games so much :D

All you would have to do is take screen pics and post them.

I believe you. I need no proof. What you're saying sounds likely anyway... Killzone 3 will be epic. In fact, beyond epic. It will blow away people's expectations. People who are just expecting more of KZ2 will be surprised... People who think KZ3 will be a generic shooter with subpar gameplay and generic story will also be surprised.

Killzone 3 will be as epic as people are expecting, or nothing like they are expecting. It will surpass expectations. It will stand beside Halo Reach as one of the greatest FPS games of this generation. It's completely different to Halo, but it will have a huge impact. Might even de-ground these hardcore CoD fanatics.

how is this news worthy...

Its no suprise that killzone 3 pre order sales r up and we r just in the 4th day of the year.Have in mind that killzone 3 still has almost 2 months to go.This game is gonna b a huge hit and it will put cod black ops to shame.

EDIT :- @MintBerryCrunch U dont need to b in amsterdam,im sure u knw sony connects its studios/devs world wide.My uncle is working on another game(cant say which one) and his team needed help from another of sony devs,they meet with some devs from killzone and were brainstorming some ideas and how to use the ps3 cell much better than they did, so killzone devs gave him a copy of pre alpha killzone 3 to study the grpahics,AI and gun play and that is how i got to play the game.I knw know will blive me!!! I respect every ones opinion,if i were u i would do the same as well and not blive me but its the truth.

If you're telling truth, tell us one distinctive thing about the game that has not been announced yet(doesn't need to be a spoiler).

Then when the game is released, we will see if you were telling the truth and will be more inclined to believe you about this stuff in future(if you get another early preview). You can just link back to this thread to show you were right.

Whatdya say, or are you just rickrolling us;)

Edit: Oh you're out of bubbles; maybe edit?

the guy is so full of shit.

Gonna preorder Helghast Edition because this game is worth the extra money in terms of graphics, many modes in Multiplayer, BotZone and a epic campaign!!

Pre-ordered mine too paid in full cannot wait for this game.. gonna be epic!!!!

Oh shits i forgot to preorder the collectors edition to this. I will check GS tomorrow before work :D

What The Hell Happened To Killzone?

Here is Killzone 3 running on the PC via the best Playstation 3 emulator, RPCS3