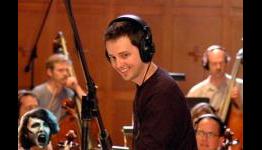 Hell Descent: BAFTA-winning composer Jason Graves returns to score the sequel to Dead Space. Graves scored the original Dead Space, and plans on composing a ‘psychodramatic’ original score for its sequel. Dead Space 2 protagonist, Isaac Clarke, will be suffering from dementia and Graves plans on accompanying the psychological aspect into his score.

I dunno if it was the soundtrack which made Dead Space epic, but I'm sure it was the creepy sound design and atmosphere.

All-ages games deserve the same recognition as mature ones