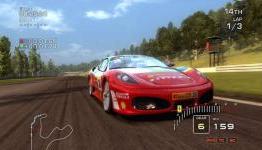 GamesRadar writes: "System 3 is rewarding existing owners of Ferrari Challenge on PS3 by reducing the cost of its sequel, Ferrari: The Race Experience for its release on PSN tomorrow. It's not a massive reduction in price, as fans get it for £9.99 instead of £11.99, but a lot of companies would do well to follow their example."

Sounds like a great idea, doesnt have to be a huge difference but anything is always appreciated. Only issue i see with this is that you can only really do this with DLC type games that are tied to an account.

yeah i'm surprised companies haven't done so, like even a 5 dollar discount if you got last year madden (With access code or something) or last year call of duty.

lol i dont know whats happening with this game, first its release date was 29/09, then delayed by 1 week and today its still not released

Er yes it fella. Its been on since I got home from work. (UK Resident) Theres even a trial version for ps plus subscribers.