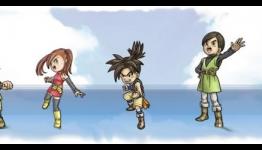 "Even with the limited character customization, online multiplayer, and Item Fusion system, Blue Dragon: Awakened Shadow is a disappointing RPG. There was such high hope for the series, and I was sold on the idea that there was room for new intellectual properties within the genre back in 2007. Now, three years later, I do believe Blue Dragon may have met its end."

About time they killed off this franchise, I wasn't all that impressed with the original on the 360.