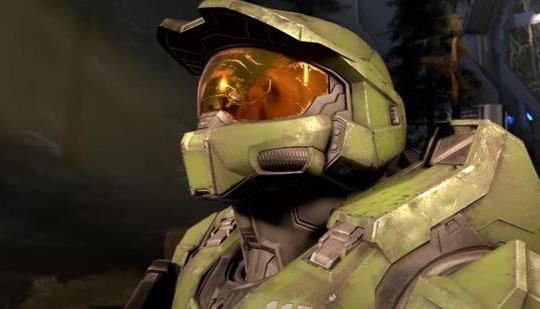 A Look Back at 343 Industries Halo Era So Far

Game Rant Writes "343 Industries has been in charge of Halo ever since Bungie split from Microsoft, and its Reclaimer Saga has been a bit controversial in the fanbase."

"bit controversial" understatement of the yr

The best game 343i has made is Halo: The Master Chief Collection.

And they even fumbled that for about 6 months after launch, loads of bugs and the multi-player was near unplayable for a good while.

I genuinely feel bad for some of Microsoft's studios. It feels like some studios just aren't as flexible as others and they're being held to a specific genre that portrays them unfairly. Personally, I have a feeling that they're capable, but they aren't doing what they're good at. Playground makes excellent racers, but now with them being asked to make Fable, it might not work out. I can't say I care much at all for Killzone, but Horizon is excellent in my view and shows that Guerilla was being underutilized. Turn 10 and Polyphony Digital are doing exactly what makes them comfortable. Once in a while, you get a very versatile team like Naughty Dog, Sucker Punch, or Insomniac who can crush whatever you throw at them. Not everyone is like that.

I actually don't blame 343i. I don't even blame the critics. You guys are doing the right thing by giving them feedback about their products. To me, the problem is that Microsoft is insisting on square pegging/round holing it. There is enough of a pattern here for Microsoft to make an informed evaluation about what 343i can and should be doing. They literally own Zenimax (and therefore, iD Software). I'm very sure they can at least have some staff from the Doom team to support 343i if they don't want to have them take it over.

MCC is good now but it was straight up broken for YEARS. They get no credit for MCC in my book.

Tired of hearing about 343 at this point, does anyone even care anymore.

I mean, i'm not even a diehard fan and even i would like to see Halo return to its former glory, and 343i aint the ones to do it.

I switched to PlayStation almost 10 years ago and I still care. Halo used to be the best games around. Halo 3 still has the best single player campaign ever made and you can play it co-op if you like. Sad to see Halo become irrelevant.

I agree with u, but that was kinda my point that at this point in time halo is basically irrelevant and not the system seller,show stopper franchise game that it used to be anymore.

I'd love to see to see it be great again but my faith is non existent which is how most people feel and it's hard to be excited about halo anymore.

The only thing 343i has done is to constantly remind me how great the Bungie Halo games were.

As someone who only plays the campaign I thought it was great. Pretty high meta critic score for all the bashing.

Sciurus_vulgaris13d ago (Edited 13d ago )

Shooters that gets a similar or lower metacritic score to 343i Halo games seem to get less bashing, due “fan” and media biases. E.g. people where saying the the Coalition should develop Halo, despite the Coalition’s Gears of a war titles games not reviewing better 343i’s Halo games. Halo Infinite actual has a similar critical reception to Doom (2016), Doom: Eternal and Titanfall 2. It also has better reviews than the recent CODs (e.g. Vanguard, Cold War, MW (2019) and MW (2022) games too.

I still think Halo 5 had the best multiplayer. They just didn't get the art style right.

I thought Halo 4 campaign was excellent but Halo 5 was a huge letdown. Haven’t played Infinite campaign yet, but I want to.

343 started out good but strayed off the path. We can all try and point the finger at someone or something. But it usually isn’t so black and white on why Infinite was missing so many features and was shown before it was ready. Going forwards they need to do the right thing and finish Infinite story line and nail the next Halo game. Just my take.

Even at Bungies worst they still did better than 343i best