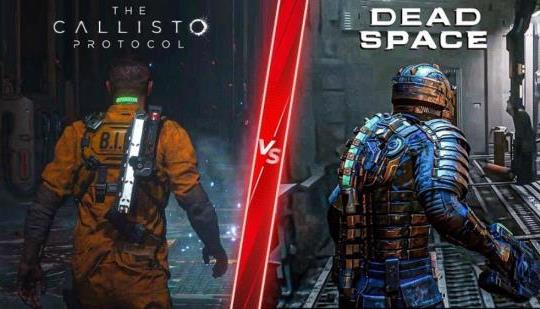 Dead Space vs The Callisto Protocol: So whats the difference?

The Callisto Protocol comes with the intention of making us feel afraid in space again. It's been quite a few years since the last installment in the Dead Space series, and with its remake out next month, it's impossible not to think about the similarities and differences between the original and this spiritual successor. After all, one of the minds behind both projects is the same, and that leads us to similar ideas... and very, very different ones.

Callisto protocol gameplay has more depth like crouching, dodging, running backwards, and stealth mechanics but Dead Space has a better story and a better game overall

Dead Space is a good game.

None. The Callisto Protocol is what Dead Space 3 should've been and what fans would've wanted Dead Space 4 to be during last gen.

Fans of the series and the genre just got a massive W, and as we know, this shit don't last very long so enjoy it.

It's Even Horizon.. Not final Horizon which is a tower defense game..

I would say the primary difference is that dead space is a great game.

Dead Space Remake will be amazing. I haven't played CP yet, but I plan to.

Wasted potential. Great graphics, sound but the melee combat and story is kinda meh. DS remains the king in this regard.

I can't remember but can you walk back and shoot at the same time in Dead Space and does it have a quick turn like Resident Evil?

For me, this game is an unplayable mess. The controls are horrendously cumbersome & that is being generous. In combat the game is a joyless, no fun experience whatsoever, dying repeatedly due to fighting the bloody awful controls rather than the enemy. All the while being hindered with a camera that you can't tell your orientation. I'm amazed that nobody reigned in Glenn Scholfield's ego during development to tell him that his game is an absolute turd to play.

Stellar visuals shame about the rest of the game.

I already know that I will get replies on here criticising me that I'm not good enough at utilising the controls. That's all well and good, I thought the game was an immense disappointment for a multitude of reasons. My score 6 with most points for the outstanding visual finesse. Dead space I thought was strong 9 back in the day.

It really is a good game, once you figure out the combat and how to approach it strategically using all your tools.

On my second play through now on medium security, turning the aim and look speed up to max and holding down the sprint button to make a quick getaway makes a world of difference.

Not to mention the graphics on PS5 using the UE engine is next gen and looks very real.

Navigate The Callisto Protocol in style with some new DLC