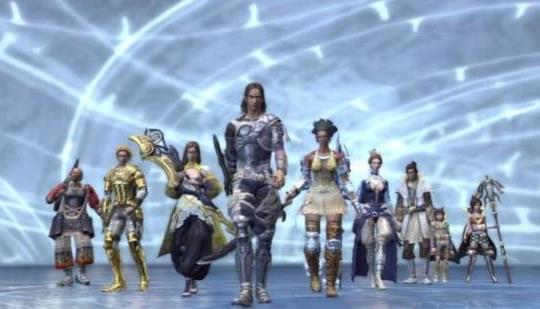 It’s quite hard to believe, but Lost Odyssey turns fifteen years old today. A curious product of the time, it has arguably only got better with age - and not just because of what it is, but also what it represents.

This game is quality

The short stories that Kaim collects/remembers are truly emotional. I remember one in particular made my eyes water.

If you've never played this, try to hunt down an original copy, or emulate it. This game was a gem.

I wish there was a remaster. This and Last Story. Sad these games were released on the...wrong platforms...

Considering all the early tech issues Unreal Engine 3 had combined with Japanese developers working with a foreign language engine Lost Odyssey on the PS3 would have been a tech disaster if it had used UE3.

Lost Odyssey's long load times and framerate drops are evidence of just how hard it was working with early builds of UE3, it's a miracle Lost Odyssey turned out as well as it did.

In a perfect world Lost Odyssey would have launched on the PS3 but I doubt Sony or anyone else would have funded the project if Microsoft didn't.

BrainSyphoned62d ago (Edited 62d ago )

And here I thought his swansong was making mobile games. Xbox had an actual Japanese gem on their hand and let Mistwalker go to fucking mobile. I curse them both for it.

Microsoft were never going to make inroads into Japan and cut their losses.

Sakaguchi was probably always going to return to small scale projects but I wish he'd partnered with Nintendo for a sequel to The Last Story or a different Switch project.

Blue dragon to which i thought was better then LO

I literally started a new playthrough of this last week. Special game! I'm still at the beginning, but there's definitely parts of it that I'm dreading going through again (looking at you, Temple of Enlightenment -_-)

Wow. This has been on my backlog for 15 years already? Darn.

Man, time flies... I was just reminiscing about this game and wish it would get the remaster treatment and come to Gamepass on PC. It's a shame this IP was abandoned with so much story left to tell.

Great game except the level system. I like to grind in hrpgs and this just killed that.