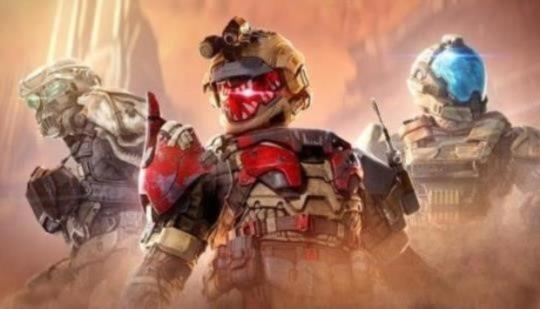 Only a month after Xbox Game Studios head Matt Booty spoke on Halo Infinite’s lackluster live service updates and of restructuring coming to developer 343 Industries, another senior figure has departed the company.

Today, Tom French announced that he would be stepping away as multiplayer creative director on Halo Infinite, pulling the curtains on a career developing Halo titles that spanned more than 11 years.

Oh well, this was bound to happen

Lol. 343 needs to shut down and mcsft needs to get a QUALITY new studio to work on halo.

Agreed. I'd love to see them have iD software make a Halo entry.

Honestly they’ve kind of tainted Halo too much

I’d rather they start fresh and do a reboot

It would be a good way of bringing people back

I loved the story in these games but Halo 5 onward has screwed thongs up too much, like what they did to Cortana then bringing in “not-Cortana” to replace her to fix their mistake…yeesh

Doesn’t help aswell that their stories were done in a way where they think you’ve read all the novels for the lore. “Oh don’t understand plot point A and B well it was talked about on novel X and Y”.

MS need to quit Halo and move on, they have stagnated for the last 13 years or so. Make some new damn games!!!

They won't. They're too buys buying up devs to continue making their IPs. And they've already made it clear that they will leave everything up to each dev. In other words they won't really have anything to do with the new games from their newly purchased studios. Which is a good thing since they kinda kill studio creativity whenever they get involved.

You're so cruel. What would all those singing monks do for work?

I don't know if that's a fair assessment.

I have no horse in this race, but it makes me think of my own thoughts about Guerilla. I never cared for Killzone, but I love Horizon.

It's entirely possible that they're just not playing to their strengths (which, as a studio, perhaps they haven't found it yet).

It's not exactly comparable but I do agree that 343 might be better suited to making something else.

Guerilla had not failed as 343 have though. Killzone 2 is deservedly one of the highest rated FPS games of all time and 3 was also very good. They are beloved games. Shadowfall was the only time they messed up a bit and it was rushed for the PS4 launch.

Hofstaderman54d ago (Edited 54d ago )

I agree with you. Killzone for me never reached the heights of Halo 2,3 and Reach. But now Halo feels like a poor man’s Halo. Go figure

They've lost an incredibly concerning amount of leads and senior level staff since Infinite launched. The game also isn't performing well. It is the 18th most played game on Xbox and the game peaked at 5000 players on Steam today. At this point, MS should end support for the game at the end of 2023 and just reboot the franchise. Halo seriously needs a GOW 2018 type reboot.

Shouldn't have been hired in the first place.

The team was formed specifically to make only Halo games after Bungie left. They failed the ONE task they are made to do. How incompetent can one group of people be?

My point. This kind of failure is shocking. Nepotism and stale reputations were the hiring requirements.

343...is toast. I don't forsee a bounceback for them in general

Halo Infinite is still in the top played games on Xbox live, above Destiny 2 😂

I'm playing through the game right now and i really love it, it's a shame what's happening with 343.

Its a solid foundation. Too bad they didnt do much with it.

They need to close that studio and let the brand rest a while.

They need to close THAT studio, specifically and let the brand rest for a while

A long while. Like, make some new games and stop ruining old ones.

Time for id Software to get going on Halo 7

They should semi retire the franchise until they can get their bearings together and under a new studio since 343i messed up halo 4, MCC, 5 and Infinite

Remembering that this game is just one point lower than HFW on metacritic.

Shows that a lot of reviews are not to be taken seriously and it’s best to judge for yourself . How do they give a live service game high scores when it was missing a lot of basic modes ?

Many were so eager to bring back the glory days of Halo 3 that they were happy to push reality aside.

Halo is dead at this point.

ChiefofLoliPolice55d ago (Edited 55d ago )

This game is booty!

Tired old franchise paired with tired incomptent developer that still have yet to proved themselves after 10 years.
I guess Microsoft trapped in mediocrity for so long they don't know how to get out of it, a good start is to pull Halo out of 343i hands but considering they let Playground Games to messed up FH5 support so much that people stopped playing it in droves after a year are the red flag that showed MS don't give a crap anymore its all Gamepass and buyouts to them now.

Well, I guess that's a way to send a message to the rest of the team that thing needs to change.

The amount of PlayStation gamers on this Microsoft article is a bit much. lol

Gotta appreciate their exaggerated concern over a franchise they never played. Really touching.

Copium I see. Are their points too painful or untrue. Smdh

Wether exaggerated or not, the criticism is more than valid. As I stated above, I'm not a fan of the series but I appreciated the impact it had on the industry. Made the competition bring Killzone and others that have been shelved for too long.

I enjoyed the first few Halos with my son but after Bungie left it’s been downhill. Live Service fee to play was a bad sign for me .

Grew up playing halo since CE. Infinite is shit. It went from my favourite franchise to utter trash and has been for a decade.

Keep your ridiculous fanboyism to yourself.

LucasRuinedChildhood55d ago (Edited 55d ago )

I used to be obsessed with Halo in the 360 days ... until Halo 4. That era is the closest I will probably ever be to being platform agnostic and a LOT of it was down to Halo.

I played some of Halo Infinite's mp on my computer (free to play, may as well try). I don't like playing on PC so if it was great, I was going to grab a Series X - I want to play the Forza Horizon games anyway.

Halo is a really important franchise to me. The MCC being a buggy mess for years and Halo fans like The Act Man trashing Halo 5 made me never buy an XB1.

While the core gameplay was good, the lack of content and features in Infinite compared to games like Halo 3 and Reach was very extreme so I got bored after ~13 hours (according to Steam). I played the older games for hundreds of hours.

In Halo 3, I think you could play 11 maps in Slayer at launch. Never got bored of that game even with just playing the base content before I bought ODST. In Infinite, I think it was just 5 maps in Slayer, and maybe 2 of them were as good as old Halo maps. And there was no Forge. lol. That's a dire state to launch a game in. I don't know why they didn't just remaster some classic maps (works for COD games when they to fill out the map roster).

343 messed up badly for a decade with Xbox's most important IP. They lost people like me and I'm sure they lost millions of casuals who used to play Halo as well.

I have tenosynovitis in my hands (concave sticks are now painful - it's like poking a bruise) so if Halo was truly back, it would have justified the hassle of getting an expensive adaptor to use my custom controller along with the €500 for a Series X. The Coalition seem to have done a way better job with Gears.

Makes sense seeing as how many people migrated during the XB1/PS4 launch, so many people are still eager for MS to "return to form". Also people can like more than one platform

Been a train wreck for the longest. Halo deserves way better than what's been presented and I'm not even a fan of the series. As a flagship title it should be breaking records!

Either fans have outgrown the IP and moved on to other titles or it just isn't relevant anymore. Neither scenario is promising. A reboot may be the way to go for the IP.

Yeah they need a new scifi lead franchise. I appreciate Halo and it's legacy but the reins of Bungies baby have never felt right in the hands of this studio. It's gotten really close, but not the same.

how microsoft doesnt realize issues with their games is beyond me....it really shows that they can not guide their studios to success. It also lacks a real passion for gaming. To them this is just a business. Purely business.

Just think about it. Flagship title. At the time it was the most important IP for microsoft. How is it possible that uncle phil had no idea in what a bad state the game was and would be.

I loved Halo. Now its just trying to follow trends and pointlessly so. infinite was supposed to be this huge step. The campaign was a really big step backwards. The multiplayer just went back to what worked. Live service aspect was horrible. Those stupid missions. An average game overall. 3/5

And the falling apart of 343 Industries continues

To make this hit even harder, Halo has been a bad franchise for longer than it was one of the best.

Halo can still be a good franchise again but it can't be under 343 they don't get it 4 onwards has been a total mess.

Almost anything MS buys goes to 💩

Minecraft hasn’t but they haven’t changed it much or tried to release a next one . I don’t think they can make a good sequel so they will milk it for as long as possible