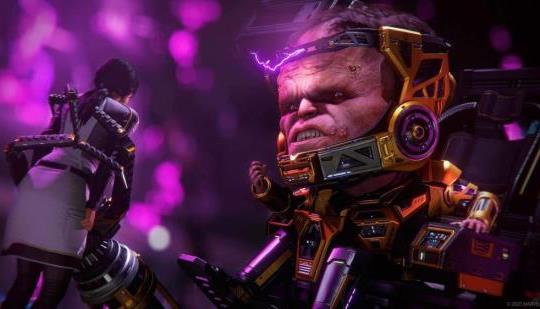 Avengers Lead Designer Dropped As Spokesman Over Past Tweets

Brian Waggoner, the Marvel's Avengers spokesman and lead designer, has been removed in his capacity as spokesman due to past offensive tweets.

SenorFartCushion68d ago (Edited 68d ago )

But Elon said it was ok now!!!

The thing is with this, it’s always been a thing. It’s more a Twitter issue than anything. I’ve worked for companies and lost workmates because of the statuses they wrote on Facebook. We even had stories from the older ones about people getting fired for stories pre-dating social media I.e one person who hit their wife in their own home was apparently let go because their wife told the office.

It’s a weird thing but it’s in the control of the companies. It’s hardly a working class problem anymore. It’s what happens to the wealthy.

Went to the link, it said "They show Waggoner tweeting cheap jokes about the Special Olympics, commenting on Colin Kaepernick not standing for the national anthem, and generally tweeting some pretty unpleasant stuff."

Went to the unpleasant stuff, childish "no homo" Jokes and stuff like "I'm not a misogynist but I really don't like the idea of a Female Thor" and stuff about him being conservative, I guess this is where we live now, you can get fired for saying stuff like that.

That’s centerist capitalism for you. It never has to be as bad as what I mentioned. What I mentioned were more working class problems, the story mentions the more contemporary version of the ordeal. The decently-paid game developer is keeping their job but doesn’t have to sit as the marketing face anymore. I think he gets the better part of the deal tbh.

Plus he’s interested in Marvel movies, he’s hardly someone to idolise for people.

Everyone is entitled to their own opinion, but you can't be at Disney and head Marvel projects which are attempting to bring diversity to the genre, and posting bigoted comments, comparing online fighting to being a "retard", etc... No company wants someone like that as their spokesman.

People get away with much worse just on n4g , kinda odd this happened.

Dunno I dropped a s bomb not aimed at anyone just saying yeah I thought X game was a bit s and got a warning.

This is why the woke crowd is empowered. Because companies cave in at the slightest indication that someone has done something a bunch of unknowns on the internet have said is bad.

He leads an Avengers game and has to preface his displeasure at female Avengers characters with how not sexist he is.

You don't see anything wrong with that being part of the public record?

He’s obviously not opposed to female superheroes. Maybe he feels it’s lazy to gender swap an established character instead of making a new character?

I don’t think him saying his opinion about female Thor is grounds for termination nor do I see it problematic.

Takoboto, these are the antivax, flat earth crowd. They wanted a misogynist for *president*. Your question was rhetorical, right?

Heavy conservatives out themselves on every article like this. It can't be on purpose, probably just ignorance.

Y'know, I bet the people that make these decisions also have skeleton's in their closets.

We all made mistakes back in the day when things were normalized, but we grow and mature as we go on in life. I've said some real shitty things back in middle and high school, things that when I look back and think I cringe hard. I don't think it's fair that people are getting judged by the dumb things they did in the past.

If it was something they still do, then yea, ok. It was different times back then and us folks from the 90's are still trying to catch up with all the changes. I mean it wasn't long ago that saying "yes, ma'am" or "yes, sir" was't considered offensive. Cut people some freaking slack.

There's no betting necessary, they 100% have skeletons. It's just too bad people get fired for stupid crap like this, but DON'T for calling people things like this... Oh, and there are PLENTY of examples of much more egregious instances.

And if you try to say ANYTHING about it being okay because it's Steven Crowder or he's a right winger etc and so on. You are part of the problem, literally propagating what you are "fighting against".

Most of this stuff is from like 10 years ago and it's just the same "edgy" mess they showed on TV and Movies at the time. The latest one is a quote from Tropic Thunder. It's crazy that this is the type of that stuff that can get you fired now. Obvious hit job, someone just searching his whole account for certain words to get the guy fired.

That's Why you make burner accounts :)

omg so offensive i am so hurts

People need to speak their mind freely and fuck everyone else, that's how I am IRL don't like it, don't read it, don't listen. 😁 Anyway I'll leave you with this, one of my favorite shows of all time: https://www.youtube.com/wat... I'm sure the woke shit bags love that sitcom.🤣

I've seen some kids getting offended by Seinfeld so I can only imagine what they would say if they saw Archie in one of his rants https://www.youtube.com/wat...

aw man the full clip is even better. Its shameless with it's words, and yet very surprisingly progressive.

XxINFERNUSxX67d ago (Edited 67d ago )

hahhaha oh man this is gold, "Your Japs, your China man, Krauts, Hebs, and your English fags" 🤣🤣🤣 Best sitcom ever.

Failing to see the offensiveness of his tweets, all I see are funny, and edgy stuff being said. Also I thought we were done with digging up old tweets and using them to hurt someone's financial well being? This continues to be acceptable for some reason and it completely baffles me that people lose no sleep with someone possibly ending up homeless over words. Y'all some sad individuals.

But hey, if your "jokes" are of a pedophile nature feel free to finish Guardians of the Galaxy then take the helm of DC movies.

"He still appears to be in place as Avengers lead designer, however."

Somehow comments saying he was fired aren't alluding to this fact. He was dropped as spokesperson so far.

Final Update on the Future of Marvel's Avengers

Marvel’s Avengers is worth saving in 2023