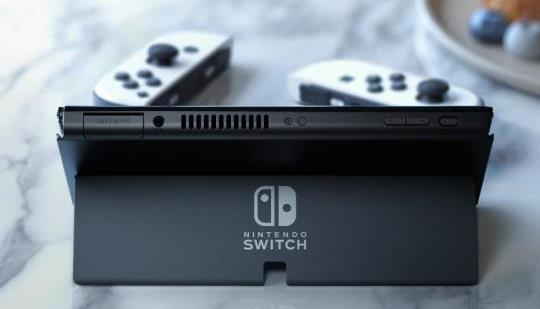 Miyamoto acknowledges it’s easier than ever to offer backwards compatibility

From VGC: "Nintendo director Shigeru Miyamoto has acknowledged it’s easier than ever to offer backwards compatibility, but offered a non-committal response when asked about plans for the next Nintendo console.

As part of a Q&A session following the publication of its latest financial results, Nintendo’s execs were asked what discussions are being held internally about offering backwards compatibility on new hardware.

While Miyamoto did not specifically state which direction future Nintendo consoles would take, he did state that he believes backwards compatibility is easier to implement in the modern era than it was in the past."

Especially with a Steam Deck ;)

No new hardware till 2024? With a 19% drop in sales from last year, looks like Fall '23 should be the launch timeframe. They're gonna drive that Wii off the cliff again.

Smirked at this Miyamoto comment: “Nintendo’s strength is in creating new video game experiences, so when we release new hardware in the future, we would like to showcase unique video games that could not be created with pre-existing hardware.”

NEW game experiences? What? Like a new Mario, Zelda, Smash, Kart, and Pokemon sequel every gen? And those new IPs you do sprinkle in over the course of the gen receive zero marketing, AA budgets, and get coded by junior members of the B team. Then go on to sell less than 2 million copies and never get seen again? You mean those experiences? Face it, Miyamoto-san, you work for the most risk aversive publisher in the industry.

"Showcase unique video games that could not be created with pre-existing hardware."

BotW and Odyssey say hi. WiiU Zelda was delayed 12 months to simultaneously launch alongside its Switch port and MO development started so early in WiiU lifecycle that no doubt would've seen a release if the platform hadn't suffered an early demise. Both fantastic games, both easily worked on pre-existing hardware. Leave the PR lies to Jim Ryan and Phil Spencer Shiggy.

They aways do a lot of different experiments in new IP and they usually inocrporate new concepts into existing franchises and try out new things with various spinoffs using popular characters.

If you check a complete list of Nintendo games from the last 15 years, they've been doing a lot of stuff.

but that's the gist of my post. When's the last time Nintendo presented a new IP with the full support of the company behind it? Answer is they don't. Splatoon, arguably the biggest new IP in their portfolio, followed that exact development schedule. For Nintendo, and shooter fans on Switch in general, it luckily exploded in popularity.

We both know Nintendo hardware hasn't been cutting edge since Gamecube. Pretty sure we're all ok with that. They prefer mature tech that can hold up to wear n tear from the younger audience. Form factor and components are taken into consideration in the design process. Like Steven A. Smith says I get all that. Just don't go the PR route, let your games do the talking. Always fun and high quality, BotW and MO were the best 1-2 punch in launch history for a platform

So most games in general though. Being an older gamer id have to say for some things if it aint broke dont fix it honestly.

@CBaoth "They prefer mature tech that can hold up to wear n tear from the younger audience. Form factor and components are taken into consideration in the design process"

My 5 or 6(cant even remember at this point) joycons broken with drift would like to say hi. To this day this is an issue. The main reason ive hated on the switch so much. Its BS. Meanwhile my kids have played my xbox one and all of them have ps4s without ever having a controller issue.

I primarily play on my Switch OLED but it's not for first party games. It's primarily for visual novels, FPS, survival horror and RPG's.

What's crazy and some people forget is that most nintendo consoles are backwards compatible with the gen before it and even other gens.
Hopefully and I expect that the next gen switch will be BC with the original switch.

Same with ms but I think some of the older stuff is iffy like from the og xbox(not 100 percent sure).

im not sure on what ur basing your statement on exactly.

Someone tell that to Jim Ryan!

So long as we get more Fire Emblem