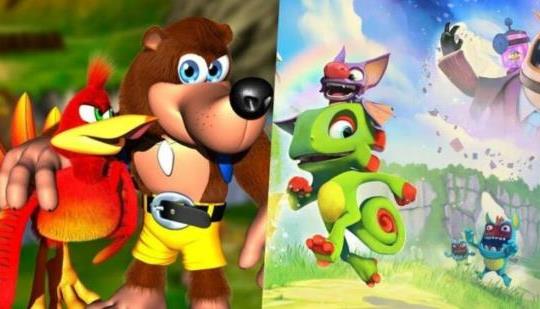 Banjo-Kazooie were originally going to be in Yooka-Laylee

Playtonic is a developer made up of a bunch of former RARE devs, and the first title they worked on was the 3D platformer, Yooka-Laylee. Those who followed RARE over the years definitely saw the DNA of Banjo-Kazooie in Yooka-Laylee, but it turns out the original plan was even deeper than that.

Although since Banjo-Kazooie skins were available in every version of Minecraft, it could’ve been possible for the same to apply for Yookah-Laylee

It's Time For a New Banjo-Kazooie Game

What is The Definitive Version of 'Banjo-Kazooie'?