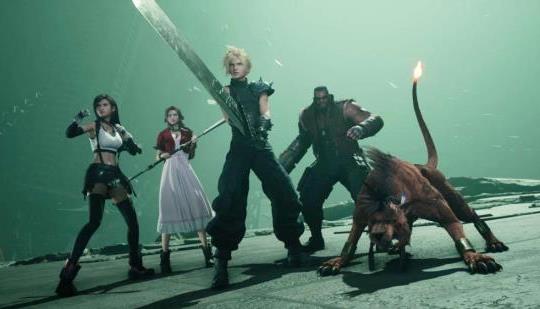 From GameSpot: "Final Fantasy VII Remake ended on a big cliffhanger back in 2020, teasing an all-new timeline for Cloud Strife and his party as they fought to change fate. For its upcoming sequel, Final Fantasy VII Rebirth, a new quote from co-director Motomu Toriyama is hinting at an even bigger divergence from the established story.

"As it says at the end of the game 'The Unknown Journey Will Continue', and Cloud and his friends will be on that journey for a while yet," co-director Motomu Toriyama said in the final chapter of Square Enix's FF7 Remake blog series. "From here on in the Whispers cannot act to maintain the destined timeline, so fans can look forward to seeing what kind of future awaits the team.""

not could, will. the ff7re games are all sequels to the original ff7, AC and DC games

Definitely will change. That’s how they can finish in 3 games.

Go ahead. Then watch the franchise burn. Remake already showed signs we're in poor hands who believe they can improve somehow on the original. So make your changes and kill your franchise. Then maybe you'll learn how to handle things with care.

you obviously have a silly opinion; the fact that they made ff7re a sequel made sure they respected the original while being able to satisfy true fans and new comers. you obviously didn't play it if you didn't know the game was a sequel

A sequel? Even though it's literally called FF7: Remake.

Correct. Your issue is that you are looking at the title all wrong. It doesn't specifically mean remake, it means sephiroth is remaking the time line.

Again play the game and you will see what I mean. The game has a ton of new scenes and changes the story completely . It's only the same as the original for the first few hours and progresses into a sequel.

I will not spoil how but only those who actually played know.

Yes, how silly of me to expect the game I bought called ReMake to not actually be some shitty fan service sequel from the mind that brought us Kingdom Hearts. I was fine with it until practically every story touch they've made that separates from the original. The stupid fate ghosts, the laughable mishandling of Sephiroth, the ludicrous power scaling at the ostensible midway point through disc 1, the mind numbing allusion to tHe MuLtIvErSe... Forgive me if I find it all a bit disappointing and all together boring, even on its own merits.

Enjoyed the combat system though.

Yup its the story. I wish I could spoil it here but I can't. However seph seems to ask for help to do it as well.

Obviously the point is to subvert expectations and make an otherwise predictable story intriguing again. Calling it fan fiction is nonsensical, considering the key personnel from the original is working on it. Having them work on a 1-to-1 Remake would've been a collossal waste of time and talent in my opinion. This is pretty much the best case scenario for many fans of the original, myself included.

Nonsense. It scored 89 it's an outstanding game in its own right. FF7 is one of my favourite games of all time. Do I care they've messed with the story? No. The original still exists if I want to play that.

Game scored tremendously well and is enjoyed by the majority of the community.

Also Nomura was involved in the original ff7, AC, crisis core, dirge of cerberus.... Literally all of ff7 universe, as well as Kitase.... So you're making stuff up if you're pretending these guys weren't involved before.

Just do yourself the favor and play the original if you're gonna cry about a sequel series.

They werent leading the project thought which is how you can tell because all those other games turned out to be action.

you are entitled to your own opinion of course, but many will enjoy it regardless.

I think light of darkness has a point. Me personally I was extremely disappointed at first still am in a way. I really only wanted the same game with newer graphics. Alot of us og ff7 did also. Hes also right about the kingdom hearts reference, they made it into an action game which is pretty annoying. Way to much action.

Now I did play and beat it, I did end up liking it but still kinda salty. Me personally Im more looking forward to the hope that evercrisis gets ported to consoles becasue that to me atleast looks more true to the OG ff7. Graphics and groundbreaking but they are better then ps1. Id put them in the early ps3 era of graphics.

FF7 Remake is one of my favorite games. It was amazing. I am open to see a new time-line /multiverse option.

As the first game has already shown. I just want to see Cloud and Zack team up against Sephi. Or maybe a twist where Sephi becomes good and Genesis is the real bad guy and Angeal comes back and we all team up to take down Genesis. Idk.

I thought the developers said they're sticking close to the story, only that events will be told in a different order.

I could be wrong though, I mean obviously we have that Zack and alternate timeline thing going on, but I was more under the impression that was going to be an ADDITION to and we'd still get the story, just some weird parallel story to go with it.

Nah many things in remake didn't happen in original.... Many many things, even characters that didn't exist in the original. Sephiroth wouldn't even be in disc one or midgar at all. It's a big deviation

They said that earlier in response to the backlash I guess, but now they’re embracing it

Not backlash. They'd simply be spoiling it if they didn't say it was a normal remake lol.

@lucian at that time a lot of people were angry so it seemed to me that they (or atleast the director) was hinting that certain events might be different but overall story would be the same. But anyway, it doesn’t matter now since they cleared it all up

I mean naturally, it's a new timeline so it's gonna be messed with a lot. Most of the old story was Zack not being alive so now he is it'll change most of the the game. I don't expect Aerith to die either.

I thought this would be obvious with Remakes ending. Personally I don’t mind, I can still replay the OG.

Yeah it's a sequel, the title "Remake" was simply a lie to lure people to buy, at least people know can decide whether to play or not while knowing what the game will actually be about

im sorta glad. we all know the original inside and out. and they did a great job with the remake kmo.

FF7 also deserves a true remake though, maybe some year they will eventually do it. Im scared what they might do to my second fav FF which is 9 and its been long rumored to be being remade.