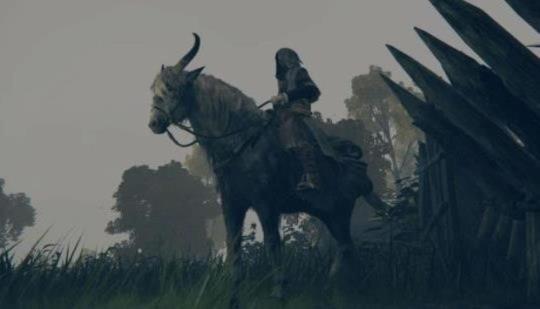 What video games get wrong about horses

From Eurogamer: "Alice Ruppert has been speaking out about how horses are represented in games ever since Assassin's Creed 3. She'd had such high hopes for it after Red Dead Redemption 1, a game and series she really rates. But when AC3 came along and horses were nothing more than disposable taxis you could pick up at every outpost, she was sorely disappointed. The game didn't even save your horse choice through loading screens. She's been speaking out about horses in games ever since.

She does it on the wonderfully named website The Mane Quest, where her in-depth reviews - she records horse movement and analyses it frame by frame - have earnt her a loyal following. Her work, and her background in game design, eventually even got her a job making a horse game called Horse Tales: Emerald Valley Ranch, which is out really soon on PC and Switch."

Is this an article about horses in video games or an advertisement for a horse game. Just advertise the game directly at that point.

Red Dead Redemption 2 Versus Elden Ring, Who Did it Better?

Red Dead Redemption 2 vs. The Witcher 3: Which Is the Better Open World Game?