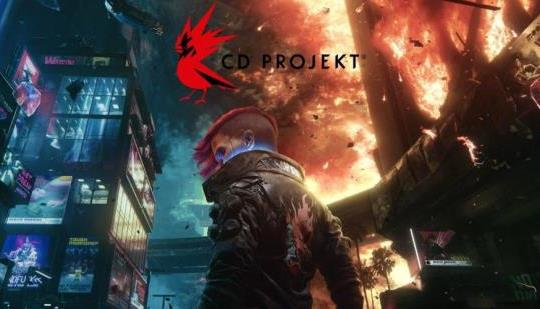 With both the recent anime and Cyberpunk 2077's upcoming Phantom Liberty DLC, the game's reversal of fortunes is good news for the developer.

Hopefully it was a humbling situation for them.

I see so many condemning them for the release, but they've pretty much been one of the most consumer friendly game companies since their inception.

Just hope I can say that come their next release.

Yes but what you doing understand is most of the OG members have left and joined other studios. This isn't the same CD Project Red. Also we had every right to condemn them because they hid the the console footage before release

Just because in the past they were consumer friendly don't mean anything. Go back and research how many patches Witcher 3 required before it became the game we remember today

GoG is still easily the most consumer friendly storefront.
The head of the company,.from the beginning, is still the head of the company.
The expansions they made for Witcher 3 were larger and better quality than most RPGs released today.
They have been actively working to improve on what Cyberpunk released as.

Again; I think any studio has the right to make a blunder once in a while. It shouldn't define them. And there's a reason most developers don't even attempt to make an open world experience on the level of something like ES, GTA, and the Witcher.

But you should also understand that normally you wait to see their next game before assuming that the real talent has left. For all we know that awesome talent that left is the reason the game cyberpunk released the way it did. Sooooo...I'd hold judgement till their next game.

I wouldn't consider Cyberpunk's release consume friendly at all though. Their approach to DLC and MTs in general is commendable but releasing a game that clearly was not ready for release is one thing, giving reviewers PC only copies of the game to review while hiding the fact the console versions ran like a cheap meth'd up hooker is another and they quite deservedly should get bashed for.

Having said that though, Cyberpunk was an ambitious project that really deserves a second chance as the world is amazing. I hope the popularity of edgerunners means we will be seeing a lot more Cyberpunk stuff for years to come, be that game or more seasons.

Part of the reason they released, as was, was because they had subsidized loans that paid a lot of the development costs of the game, itself.

If they didn't release, they'd have to pay back to the state the entirety of the loan.

People forget this is still an indie dev, and they now release everything themselves.

No Man's Sky gets a giant pass for being, basically, an Early Access title for years, but people criticize Cyberpunk for being a botched release that they have also been improving upon since launch.

Well most people would look at the whole picture. Witcher 1,2 and 3. Consistently delivering great story and games. However, common sense should have cautioned people from pre ordering anything at all but especially from a devs first foray into something new.

100%. CD Project Red shouldn't be condemned, the idiot execs who made mad claims, pushed through a release despite pleas from the devs and then oversaw the shit show of a release with much disingenuity should be the ones being condemned.

Like you say, their historic practices surely but them some good faith and the fact they've worked hard to try to right their wrongs should count for something. People really can't complain about how long it has taken them either as rushing things through was exactly the problem in the first place.

I think you missed the point. it isn't the crappy release, and it was crappy on every level on every platform. I am willing to forgive and forget if they follow through on their promises.

Next Gen PS5 and XBXSX were supposed to be far superior and "truly next gen." We were also told they would support the game for a long time.

Instead, PS5 and XBSX versions were not what was promised and they are doing only 1 expansion. 1. Those are lies. They are not delivering what they sold. I supported them. I want the game they promised. I want what they promised and was willing to support them after the mishaps, but when they basically said they're done with the game, then it is fair for consumers to say, fine, we're done with you, liars.

It means they got away with exactly what they've been doing with the Witcher games, only to greater more notable degree. That the next time it'll be luck they don't do ever worse with cross media project ready to make up for it.

Yes. They're an indie developer during the entirety of the witcher saga. They only became mainstream because of the open world fetish people have.

The red engine is being retired and the exec board learnt a very valuable lesson.

We can only hope that the next Witcher game on unreal 5 is given the room to breathe and the team are allowed to learn the tools to the full extent to deliver another great game.

The engine did cause a significant portion of the delays as it was being expanded upon and built upon while the game was in production and that caused many issues. Now that an external party handles the engine we should I hope a faster delivery of the game with less issues

Will Phantom Liberty DLC be Free?

One would hope great things, unfortunately, where the gaming community is now there'll never be redemption. A good majority of gamers expect nothing less than perfection as we're now in a world where opinions are heralded no matter how unqualified those offering them are. CD has done a great job in lue of Cyberpunk's rocky release and that earns them all the credit being afforded them. For all the naysayers still lurking dismiss them because a $60 game should never have that much of an impact on you anyway.

People will forget if CDPR hits on their future releases. Winning cures almost everything.

Good things I hope. I have been with this games since release.

It's been nearly two years, you need to get a grip, they have had their bashing. What should we do?? Keep bashing them until they no longer exist??

If their next game is exactly the same then I would agree, but give them a chace to redeem themselves...

''Keep bashing them until they no longer exist??''

If we were talking about some other studios, that does not literally rake in millions from their Digital Storefront, that part would make sense.

But considering, we are talking about a studio that paraded in 2012 and onwards on how better they are than others and using statements like ''We will show the industry how its done!'' all while criticizing other scummy bussiness moves, as if they are above that ... people will not forget to call them out on their BS.

Just because people have a memory of a goldfish (especially when they release a good game... looks upon TakeTwo and R* fanbase), does not mean that applies for the rest of us.

I believe in second-chances, but i also believe in humility. CDPR was full of itself, and it backfired. Simple as that.

I do wish the actual programmers (especially those that have not yet left the CDPR) in the dev team a lot of luck ... its not their fault their management fucked things up.

No one said anything about continuing to bash or whatever

The point is "don't forget"

People are trying to spin it now like "Yeah it was a SMALL thing, we need to move on and forget"

Well no...I won't because if you do that the develop can just come around and f*** you over again like nothing has happened because they know after a couple of years you'll forgive them and move on.

All it takes is one product refresh that is good or at least better than the last, for people to forget (or act ignoramus) for the developers/publishers past misgivings.

And this is not only exclusive to CDPR by any means. Rockstar (TakeTwo) is a prime example of this. You can bet top dollar, most of the people bashing the company today, will be a happy lil trooper once they get their hands on the next time sink GTA6.

Make the game you hyped up to start with Cyberpunk. And make a good Witcher too . Also less talk about what it will be and let the game speak for itself wouldn’t hurt

It means jack. Releasing an anime makes no difference to the overall quality of the game. I was seriously let down by them and I’ve been playing the board games since I was a kid. I’ve learnt now not to preorder even if a previous game from a developer was good.

They also played the TTRPG a ton, this is evident. But, yeah, the quality at launch was awful.

Anyone know how to get the relic malfunction screen glitch off? I've just done Nother 2 missions and it's still on

Is it really a resurgence?

They sold 20 million copies - great. The game looked like it was going to sell 5x that amount from the marketing