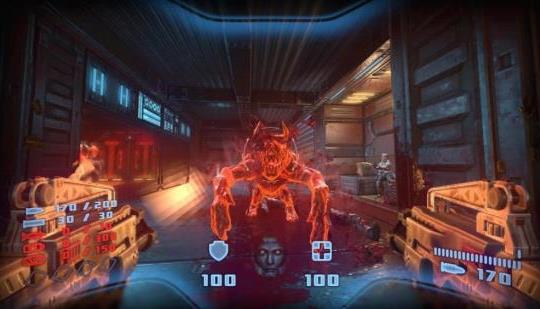 WTMG's Leo Faria: "Prodeus would have been great if it was only a mere shooter heavily inspired by 2016’s DOOM, but its developers went above and beyond. What an amazing game. It’s both a love letter to old and modern shooters, embracing the best elements from both eras. Its levels are amazing, its gameplay is fast-paced and punchy, its soundtrack is insane… and it’s got a freaking phenomenal level editor that will basically ensure that players will have an endless supply of brand new levels to tackle for the foreseeable future. More than just another “boomer shooter”, Prodeus is one of the best first-person shooters released in years, period. If you’re a fan of the genre, don’t even think twice. Go buy the damn thing right now."

This is awesome. Just got it will be playing this weekend.

I will definitely try this one.

MrBaskerville58d ago (Edited 58d ago )

I like it a lot, except for the nexus system. It kinda ruins the entire game. You can restart the levels instead, but some of them are kinda long, so I'll wait until they fix it.

If Death wasn't a reward, this could have been game of the year to me. But right now only consequence to death is that you gain full health and teleport to the nearest nexus point. Meaning you can't retry a failed encounter from the start. Dead enemies remain dead and damaged enemies remain damaged. You might as well just have infinite health, would be more convenient.