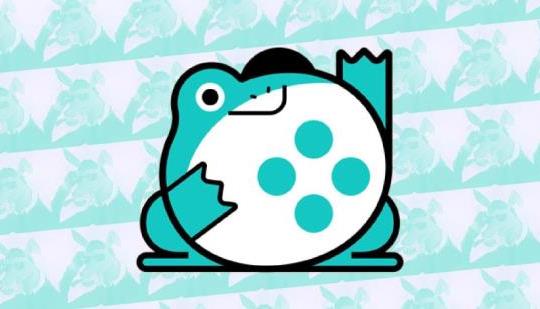 Dunkey Wants To Be A Publisher. As A Dev, I’m Concerned

In a guest post for TheGamer, an indie developer in search of a publisher explains why some devs will avoid Dunkey's new Bigmode company

I wish him luck and hope he does well. Time will tell whether he fails or succeeds.

I mean, it's cool he's pushing for something like this. Don't ever see things like this happening. But he better be ready for people to "rag" on his published games from here on out. Hope he can take as much as he can dish out in his videos. Saying things like he wants to call games out for being trash, while giving the hidden gems limelight. I'm rooting for him, but have a feeling this isn't going to go as smooth as he might want it to.

Why would you be concerned? If you don't want to work with him then don't. You bring up that you could just self publish. Well if you're in a position to self publish and don't actually need to partner with anyone, then why would your opinion be relevant here?

"but Bigmode could hire people with experience marketing and publishing games to help bridge the experience gap. If they have, that’s something they’d mention, because questions about their inexperience are obviously going to come up."

Bro. Bigmode just started. They haven't even tried to publish anything yet. Just because they haven't hired staff on day one, you're assuming they have no intention to. Which is my big issue with all of your concerns. It's all based on assumptions. You haven't reached out to Dunkey to understand how Bigmode operates, you haven't asked about the contracts, you haven't asked him to explain how he can identify a good game early on, etc.

I also want to point out your bs take on how judging a finished product is different from judging a game that's early in development. You're again assuming Dunkey couldn't possibly do it. Dunkey found Celeste way before anyone else. He followed the game and its development before and after release, and he made videos on day 1 to promote it. Celeste went on to win Best Indie Game, and was also nominated for Game of the Year alongside giants like God of War, Spider-Man, and Red Dead Redemption 2. It was a massive success in both sales and quality. One of the devs has now publicly supported Dunkey and Bigmode. That was not just an accident.

What the F' kind of spiteful BS is this?!

What a fine example of baseless speculatory clickbait.

The dev's arguments are either dumb or can be said about any publisher ever!

"Almost all of the games he names are incredibly successful; they didn’t need him to find their audience. Also, many of them are self-published, so why do I need Bigmode?"

He named them to show that he have always featured indie games and not all AAA, he is not saying that they needed a published to make it this far!

"Part of that might involve talking to someone who plays a lot of games, but Dunkey is far from the only person who fits that description. It’s also the only part of the whole process Dunkey is any form of expert in, and he’s not even uniquely qualified"

So you are saying because he isn't unique as a publisher then that makes you concerned that he isn't good enough? I don't think I need to defuse that argument

"that he’ll be able to put your game in front of people who care about them, because he only features “the very best indie games out there”. So, is the marketing strategy just to get featured on Dunkey’s channel?"

He said he will bring the games to people who would be interested in and you thought he only wants to mention the games in his channels and that's it?

"he stakes his reputation on the games that Bigmode publishes...what happens when he likes the pitch, but when the game is finished, he isn’t sure about the result?"

I can continue but you get the idea, it sounds like the dev has a problem with dunkey since I can see any real criticism in the article

I just hope he doesn’t pull a Curt Schilling.

This developer just made himself look really bad.

I'm a big(mode) fan of Dunkey but I see it like this:

So he wants a little bit of that sales money.

Its put in a beautiful passionate idea where developer will have promotion and financial help, and ideas, and print even, while promotor will get precent of that sales.

I don't think, at this stage, BigMode has anything to do with development at all.

Im all for it. Anything to get more physical releases out there. I really dont understand where the writer wrote anything really bad, It really is alot to put your blood sweat and tears into someone new like that. So his concerns are warranted.

I don’t know who Dunkey is and I don’t give enough of a shit to ask.