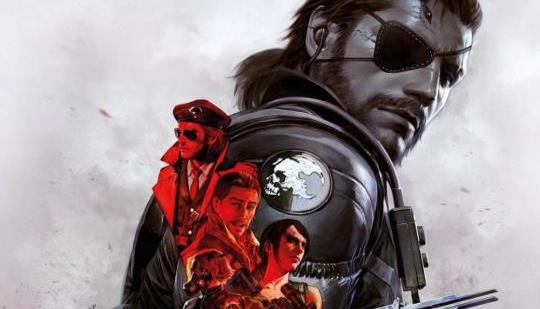 Hideo Kojima was dealing with a hostile publisher who was pulling his team’s game apart at the seams in order to launch in some form of finished state, and it’s still downright masterful. Everything about it is mechanically focused and aesthetically nuanced, and not a single thing feels out of place or without purpose. Big Boss moves about each environment with a pace that provides the perfect cadence to use all manner of gadgets in whatever ways you like.

Adhttps://store.steampowered.com/app/1488200/Symphony_of_War_The_Nephilim_Saga/?utm_source=n4g&utm_medium=native&utm_campaign=sow_n4g_native&utm_content=png
- Comments (66)+ Comments (66)
TopNewestOldest
Expand all
The story is too old to be commented.

You are incorrect and I will be taking this time to correct you. The Legend of Zelda Wind Waker Forsaken Fortress is stealth that no game has yet to match. Having Link, crawl, sneak and hide under a barrel is innovative stealth that Metal Gear Solid, Splinter Cell, Thief and Tenchu wish they had achieved. I rest my case.

Lol I see what you did there.

So tired of opinion pieces... I come here for hot news, not hot takes.

Great mechanics and gameplay but it's just so dull....

I played it long after the hype had settled, and I had a blast with it. Strip away the disappointment over what it could have been, and you're still left with a great game

The gameplay loop was phenomenal, no question. From a gameplay standpoint it's an incredible stealth game.

"Hideo Kojima was dealing with a hostile publisher who was pulling his team’s game apart at the seams in order to launch in some form of finished state, and it’s still downright masterful."

Let's not pretend Kojima was entirely innocent there. The game was 5+ years into development, way over budget, and wasn't even halfway done. That's why Chapter 2 is so unfinished and Chapter 3 was scrapped entirely. He was wasting time micromanaging and second-guessing everything his team was doing, and little to no progress was being made. The same thing happened with MGS: Rising. That's why the game got rebooted as MGR: Revengeance and was handed off to Platinum. That's the only way the game was going to get finished. And yet after wasting millions on a scrapped game, MGR only went on to sell a little over 1 million units. It was a failure no matter how you look at it.

That's why Kojima was "locked away" in his office for the final 6 months of development of MGSV. So the team could actually piece together and finish the game. Was Konami just supposed to let Kojima spend more than a decade with infinite funds to make one game? Kojima isn't Rockstar, his games don't sell 170+ million units. At some point the game has to come out.

I get that Konami are a garbage company but they aren't solely responsible for what happened with Kojima. As much as I love his games and will always be a fan, MGSV was almost entirely Kojima's fault and I'm tired of people pretending that it wasn't.

Can you prove any of what you're claiming? Because I've seen Kojima build a studio and release a AAA game in 3 years with Death Stranding. All I'm seeing here are the same conspiracy theories that people like to believe to confirm their biases towards certain people, same with Neil Druckmann. For instance, MGSV may have been in development for a while but you leave out that he was also having the FOX Engine developed alongside it, an engine so good that MGSV ran at 60fps on a PS4.

He's gone on record disputing that he ever goes over budget on very rarely has to delay his titles.

"He was wasting time micromanaging and second-guessing everything his team was doing, and little to no progress was being made."

Where did you get this from?

But that ending though with amazing music. The Man who sold the world.

I can’t say it’s the best or the worse to me I stopped playing metal gear at the end of 4 the official end of the snakes saga and the best in my book was 3 snake eater excellent gameplay and excellent story telling giving us the reason for big boss to go and create his own country before the metal gear saga on the 4-8 bits consoles.

Chapter 2 padding was horrendous I don't know what the hell they tried to achieve there.
The ride to and back from the operation got tedious fast and it took too long.
The game just drags and that never happened before even on Peace Walker.
Definitely not the greatest stealth game ever MGS3 beat MGSV very easily, it didn't do episodic cliffhanger mess with missing content on MGSV.

Peace Walker is my fave. Never even finished V.

Absolutely not. It's stealth gameplay is the best but MGSV is a car crash. The only thing that resembled MGS was the first hour in the hospital. The open world is one of the worst in gaming history. Everyone shits on Ubisoft for the whole scout out this base, mark them, clear out this base etc but when MGS does it, it's considered good...

Let's not forget the lack of memorable characters, story, cut scenes, memorable codec conversations and the unfinished nature of the game.

MGS4 is where it ended for me. It was a perfect send off for one of the greatest series of all time.

I think MGSV does base clearing much better than any Ubisoft game. At the very least, it’s the only game I know where enemies change their equipment to counter your tactics. Boss battles that do this on the fly are hailed as genius, and MGSV made it an ever present mechanic.

I disagree. The story is paper thin, missions are reused, the game is obviously unfinished. Hitman 3 is my pick for best ever stealth game.

Love it but I just liked mgs3s stealth more. You could select the camos, treat injury. It’s not open world but it makes up in other ways

From purely gameplay perspective, definitely and it has set the bar for Third-Person-Shooters in general.

Drive thru gaming at its finest.

While the gameplay was amazing, for me, MGS4 takes that crown.

5 has more stealth options.
1 example. You call-in a sandstorm for cover. C'mom lol!

How everyone can ignore the literal screams of fulton enemies, while other enemies nearby 2-3 ft away are somehow immune to hearing someone screaming at the top of their lungs?

That was totally immersion breaking for me and that single aspect made MGSV the worse MGS game for me personally.

Can u call-in a sandstorm for cover?

That could be true but in my humble opinion is one of the worst MGS games in the series. I wish this game had the same gameplay it currently has but the story was presented and delivered much better than it was

Gameplay was the best (minus the ballooning of enemies). Story was a big pile of garbage. If it wasn't for the occasional MGS references I would think it was another game entirely.

There's definitely games out there that I think do it better.

The one unfinished Metal Gear that came with no story?

These takes just get edgier by the day.

MGSV? Gotta give this round to Agent 47.

I think my vote is for splinter cell: chaos theory.

I just got my steam deck and trying so hard not to download games I already beat. This and metal gear rising are two games I’m trying not to play.BC first

Thief is in my opinion.
But metal gear games are all pretty great.

I often get the urge to reinstall MGS5 and do another playthrough, I absolutely loved that game. I would jump at it if a PS5 patch or even a remaster were to be announced.

The problem with V was always the story. The gameplay was always fantastic. It’s like a stealth play ground

pretty good. a bit esoteric on occasion and sometimes weird, but def good.

Why do people have this opinion?

I liked Dishonored 1 and 2 a little more than MGSV, because you were kinda forced to use different tactics to complete a level. Whereas in MGSV it was always the Tranquilizer Sniper Rifle with a suppressor for me. I also liked the level design in Dishonored games as opposed to the open mountain/desert world of MGSV with towns made up of partially destroyed homes built out of rock and wood. MGSV didn't have different levels of difficulty, making the game extremely easy once you got the hang of it. It was a great game, and fun to play, and maybe could have been the "best stealth game ever created" if more time was given for game development. At most, I'd say MGSV is "one of the best", but not "The best" by any stretch.

I thought it was utter garbage. Then there was the whole oil rig base building…. Wtf was that about. Whole thing was just a mess!

Off the top of my head the Splinter cell series was far superior in almost every way.

gameplay yes but mgs3 beats it in every other category

Metal Gear Solid ended at Guns of the Patriots for me. MGS for me is a cinematic type experience, not an open world one. I'd argue that Snake Eater is the best stealth game for me. The battle with The End will always be remembered as nothing short of brilliant. Then of course the final battle with Boss. True work of art.

The battle with the End was legitimately masterclass.

It’s the best stealth mechanics but it’s not the best game because the story wasn’t on par with past MGS games .

Not even the best metal gear game.