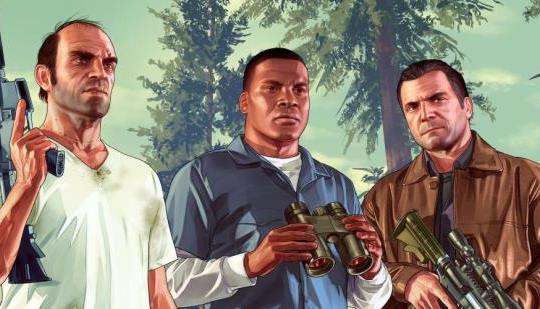 Why Is GTA So Important In Modern Gaming?

Grand Theft Auto's weren't just notable for their size, but for how important GTA is to video games

- the best open word sandbox
- great storys and characters
- attention to detail
- funny as hell
- the best in game radio stations you will ever hear on top of great track selections, i mean vice city will never be topped, ever!!
- the games are just straight up fun to play and bring everything together in one package.

In short gta games are the total package of what makes games great for me.

Exactly! I would only add that every time a GTA dropped since PS2 it was an epic release. You knew you about to play something next level. R* have always shown nothing and over delivered. Every. Time.

GTA was the game that started the freedom open world game, or at least brought it to mainstream gamers. Other than that the satire of the American culture, not taking itself seriously and not afraid of a little controversy makes it a popular game.
Gameplay is mostly good and the graphic style makes it fun to walk around in the world.

They are one of the few companies left that make sure each entry is top class and genre defining.

And then milk it for ten years.

Multiple ex devs basically have come out and said it's kind of easy to make a great game when you're given a blank check, a decade, and hundreds of around the clock employees.

It's why I've always appreciated devs like Obsidian. They've been screwed over multiple times as an independent studio, and still outclass most in the RPG genre.

“Multiple ex devs basically have come out and said it's kind of easy to make a great game when you're given a blank check, a decade, and hundreds of around the clock employees.”

CyberPunk 2077/CDProject Red says hi. Their budget I believe was pretty darn big, and look how that turned out overall…You can have a big budget, as they did, lots of time to develop, as they did, and still, their results weren’t good. Ultimately, while the game clearly shouldn’t have been released, much of what they promised wasn’t going to be possible on PS4/X One, yet R* was able to accomplish GTA 5 on PS3 hardware, doing things that still triumphs things that other modern games try to do today in open worlds. And RDR2, well, that game for PS4 is still one of the best looking games of all time, beating out games of today, again, not just because of the budget and timeframe and employees available (while those things help, of course) the incredibly experienced devs, with all the years of experience, who also help the new team members, are the ones with these ideas who push the industry forward, and do things that continue to leave gamers stunned, in the best ways possible.

@ClayRules2012 CDPR didn't have that oh so precious commodity of time like R*. Development for CP2077 didn't start until late 2016 and they didn't have an army behind it like GTA did and does.

Cyberpunk's dev time was nowhere near that of GTA 5s, and the budget they had to use was nothing near that that Rockstar has to dip into.
It was just announced really early because they wanted people to know they acquired a licensing deal for another big IP.

I think people forget CD Projekt, at the end of the day, is still an indie developer. Just one that got popular.
They rely on the revenue of their own games, loans, and government subsidies.

Not a mega corporation that let's you do what you want because you'll sell 50 million copies on name alone, and now make billions on microtransactions.

Also, Rockstar went from making multiple titles to concentrating on two that are very similar in many ways.
CD Projekt fumbled when they went out of their comfort zone.

So, was the 2012-2013 announcement of the game just a reveal type deal? I do remember some YT saying the game or certain aspects of the game had to be completely scrapped and redone, because the game was originally designed for 3rd person (which makes sense, with the character customization) but yeah, with those issues, that definitely did hurt the devs work that they’d already put forth into the game, no doubt. And you’re correct, GTA 5 had a development of basically starting around the time of 4’s release to 2013 (with of course the usual crunch time in there etc.)

So, you’re not wrong about people forgetting that CD Projekt Red aren’t some massively big studio, with 1000’s of devs spread throughout different locations across the country or world (like R* & Ubisoft for example) and I certainly wasn’t trying to say they did have that, and I apologize if it sounded like that, my mistake.

And yes, you’re correct, they’re a studio that just got popular, especially after TW3’s success (although I’d never heard of them until before the release of the game, a year or so before the release, which got me intrigued on the game, and I loved TW3) but no question the love they poured into the game, the respect they have for storytelling in the main story missions and side missions was a sight to see, the quality was top notch and so impressive across the board. So, knowing this, and the expansions which had an equal amount of love poured into them and their consumer friendly/supportive behavior fans loved and took to.

I’ll get back on topic, R* definitely has the luxury of being able to do as they please, knowing they’ve earned that ability to do it (it hasn’t been given to them solely because of the $800 million they brought in on day 1 with GTA 5/$1 billion in 3 days and the insane amount of money they’ve made and continue to make for these past 9 years, although Take 2 is no doubt beyond overjoyed. But as we know, the hard work and talent the folks at R* have is 2nd to none, there’s a reason why so many gamers and studios within the industry highly respect R* because of the brilliance in the art of open world games that they continue to make, that challenges others in that field of gaming, I mean, look at RDR2, and even GTA5 (although dated in areas haha) still does some impressive things!

And yea, you’re not wrong, GTA and RDR are similar in many ways, but also different too. Again tho, I agree, R* did go from doing multiple games to only 2, which I’m not thrilled about, especially with the rumors and talks of a Bully 2 having possibly been in development or just rumored, whatever it was, but nothing has happened with that, and than the news of RDR getting a remaster, I believe it was, but R* wanted all hands on deck for GTA6, which I get (more working on GTA6, I think the better the results will be) but I also coulda waited longer for GTA6, personally, if it meant a long awaited Bully sequel was coming. Max Payne, even, I won’t get picky.
Yes, CD Projekt fumbled and burned, amongst many different factors and obstacles in their way, and journalists didn’t help their case when they saw the gameplay demo (behind closed doors) and than came outta those showings with insane praise and taglines/quotes saying things like “You’ve never seen an open world game look so stunning before” “The best thing I’ve ever witnessed in my life” etc. it’s unfortunate that their vision and claims/promises from whomever at the top of CD Projekt said buildings would have 14 floors of explorable interiors, amongst claims of such a living, breathing world, that while not as bad on Next Gen and PC, it still doesn’t meet the expectations set by the studio. Tried to do too much, with not having the experience, team size etc to approach all of what was needed to accomplish all of that.

I hope I covered everything I wanted and responded to you alright. Don’t have the best service where I’m at currently, but tried to reply in the time I could, and have it all make sense, hopefully.

It's not. After over a decade of GTA I was thoroughly burnt out of the formula in 2013 and haven't gone back since.

That satire tho. That balance between serious business and not taking itself TOO too serious.

They took a "taboo" game and made it mainstream, and they are really good at pushing the technical aspects of game development. The rest is mediocre.

It represents fun. Something the current government are intent on eradicating..! Pisses in the face of totalitarianism 💪

What Saints Row Does Better Than Grand Theft Auto