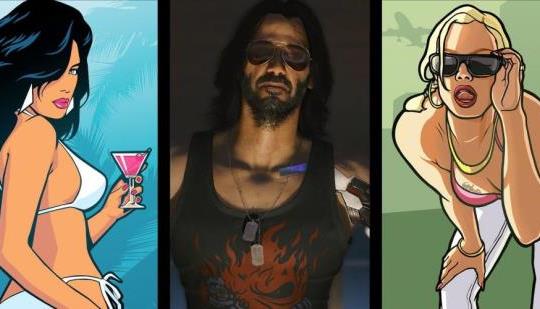 Cyberpunk 2077's launch was infamous and plagued with problems, but Grand Theft Auto: The Trilogy - Definitive Edition's may have been worse.

Exactly The game was hitting the low teens on the Xbox One while being utterly glitched out at the same time. There were walls not rendering, there were T-Poses. On PC it was deleting saved files.

Underwhelming for sure. The updated controls were not as good as I imagined but I was probably expecting too much honestly. It would probably take a ground up remake.

I had a similar reaction to both. Play for 45 min and never touch it again lmao. I told myself I was going to wait for the ps5 version to play CYber punk but with the storage limitations I have a hard time trying to give a f***.

I want to see it

Yeah it really wasn't. I played and platinumed GTA 3 day one and there was nothing gamebreaking just the odd graphical glitch. It was still a shoddy remaster but it wasn't on CP2077 level

Rockstar shit all over a timeless classic series in a crappy money grabbing attempt. Cyberpunk was an overhyped and overpromised new IP that crashed and burned before it was ready for primetime.

At the end of the day both companies screwed over the consumer. Arguing over who was worse seems silly

I agree and articles like this is how the bar gets lowered. Journos like this normalize the least sh"# option which becomes the norm. In actuality there are other options.

You can't compare the two. One is a half baked port/remaster of games that are otherwise fully done, playable and great on original hardware, and emulation. The other is a game that was announced too early, hyped, filled with empty promises and was released in an unplayable state. Listen if you enjoyed Cyberpunk that's fine, but the criticism was justified. Criticism not hate

Not even a tie and not even close between the two.

That's not how I remember it...

Is that you cdproject writing this.. Naw cyberpunk was way way worse

Not nearly as hyped and nothing was promised for years.

The two are both disappointing in their own ways it's not a competition.

Not by a long shot.