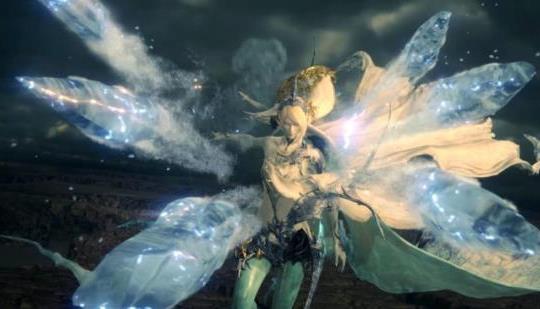 Wesley LeBlanc: "If there’s one thing I’ve always said, it’s that Final Fantasy games should let us control our summoned gods and primals as if they were Godzilla and fight fellow summons in boss-like battles. Okay, I’ve never said that, but dangit, I wish I did because it looks like that’s precisely what Final Fantasy XVI is delivering."

Im super pumped for ff16 escpially as its coming from the director of ff14.

In saying that i have very mixed feeling about it as it doesnt look like a tradtional ff at all in terms of the action and no party. I know its got a dev who was very high up on the dmc team now and someone that very high up on the monster hunter devs team which couls explain this new direction.

Love the medievil setting though, have high hopes for this just yea my feelings are split on it right now.

It all comes to personal preference. I didn't like FFXI, XII and XIV. Don't like the MMO type gameplay. I would have been bummed out if i found out the FFXIV director was doing 16 if i hadn't seen the gameplay first.

But being a DMC fan i love the gameplay being shown and one on one epic summon battles look amazing.

Hmm not really id say its pretty clear any final fantasy from 1-10 would be considerd traditional final fantasy.

12 and 13 would be the next closest to tradtional as partys,magic and status inflictions, strategy all played large parts like a normall ff game should.

I wont include the mmos as they are something different.

Ff15 was a let down, one magic sucked and was barely needed, the story and game length of the main quest were lame and very short compared to usual, the side quests padded that game out a lot, there wasnt as much strategy or thought involved.

Ff7r while decent has a lot of the same criticisms i have of 15. While the story and game length were way better, and yea magic was improved its still felt more like a hack and slash game, didnt need to switch up my strategy to much.

I miss the old days were even normal fiends could wipe out ur party if u werent careful or got cocky, and espcially with bosses like i just finished ffx again and man some of the bosses you really needed to game plan for, one wrong move and u were done for.

But sure if its a younger player coming to the series then im sure to them ff 1 - 10 might not be tradtional cause they didnt experience those games but that doesnt change the fact that that is the tradtional ff exp.

Ps. I love dmc also and super stoke for this regardless as its look awesome just yea until i play i dont know how to feel about it.

Traditionally ff was not an action game. Thats why its a turn off for me. Turn ff back to old school with dope graphics and ill be there at the midnight release. Until then ill see ya when its super cheap if at all to try it.

I’d rather move forward and improve then look back and become shinier. This FF will have one character doing crazy over the top things with RPG elements. Then 17 will hopefully take it to the next level and figure out how to tell compelling stories simultaneously.

Perhaps character switching to lands and moving each conflict towards the end result before a giant meet up for final boss.

I don't get it, I really don't. I grew up playing the old FF games. And love the turn-based combat in them. But to bypass a game because it's NOT turn-based? That's ridiculous. All you're doing is tapping one button to attack over and over again in a menu. I love it for what it is and was, but it's not exciting at all. This is a natural progression, to make gameplay feel that much more involved.

Especially for something like FFXVI involving a more serious and realistic tone, with wars and huge scale battles. Would take you right out of it in the middle of a war scene where you're just standing there taking turns hitting each other.

This is what I was hoping would happen for FF7 Remake when we have to fight the Weapons. Have a combination type battle between a giant summon and a cinematic battle sequence with your characters.

but i do like the summons battle each other haha

If these battles operate on the same level as that cutscene at the end of Heavensward, but playable.. oh my. I know Yoshida loves mecha but this would be next level.

Did they confirm how those would actually work? Are they turn-based battles? With them doing these flashy moves and animations, it looked like it was.

Its looking more and more skippable the more i see. Damn i miss the heyday of ff. 6 through 10 will never be duplicated. I really hope dragon quest dont go the hack and slash direction.

Maybe at some point ff will give options for old school gameplay or hack n slash.

The battle director of DMC and Dragons Dragon handled 16s battle system. If you been paying attention FFXVI is the most FF has been in years… whatever that means considering all FF are different and touched different styles. As for settings it resembles FF if the past (summons, crystals, etc). You guys want FF to remain stagnant and stuck in the past and that isn’t what the franchise represents.