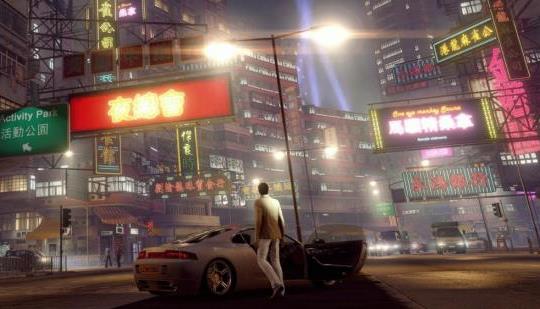 Rating for Sleeping Dogs Definitive Edition has seemingly been updated in Australia, leading to many speculations among the community.

Adhttps://store.steampowered.com/app/1488200/Symphony_of_War_The_Nephilim_Saga/?utm_source=n4g&utm_medium=native&utm_campaign=sow_n4g_native&utm_content=png
- Comments (18)+ Comments (18)
TopNewestOldest
The story is too old to be commented.

The sale hasn't gone through yet though. Nothing will change hands until then. Square Enix said they only kept certain franchises like Outriders. It's reasonable to assume anything they didn't name was sold.

Sleeping dogs is a dead ip that square bought separate from eidos. It’s probably fair to assume they didn’t sell it.

Sale still has to go through and be approved it doesn't just happen over night like buying a used car. Also depends what franchises Square included in the sale along with the studios as well if Sleeping Dogs is still owned by SquareEnix then they will label it as such. Also if they have prior commitments then they also have to honor that as well. Then after that commitment is fulfilled after a while then that said franchise the new owner can do anything they want with it. Like Microsoft had to honor the exclusive games Bethesda made for the PS5 or else they would be forced to pay out those contracts. After those contracts are full filled a game like Deathloop will most likely appear on Xbox. Microsoft after that can do what ever they want with the game.

Cut Isarai some slack. A Sleeping Dogs sequel can be handled by a better publisher than Square in these recent times. Let's just hope it doesn't stay that way.

An underrated game, definitely worth a sequel.

Certainly agree with that.

I've been saying this for years. We need a sequel.. I would even love it if they did a remake from the people who made Sifu. Or if the two studios joined forces to make a sequel.. that'd be epic!

The Australian classification office will occasionally go back and look at old prices of media if they receive a complaint. So it could have been as simple as a parent complained about the rating as R18 was not an available video game rating when the game originally launched.

Interesting point, but what are your sources regarding seeing Sleeping Dogs as a "fail?" I thought the game did great.

Here it sold 1.75 million which was below what square wanted. However we all know square is never happy and fails to understand the difference between neiche games and cultural phenomenon titles.

Amazon Xbox One Digital Game Sale: Save Up To 85% Off

20 Steam Summer Sale Deals Cheaper Than a Cup of Coffee