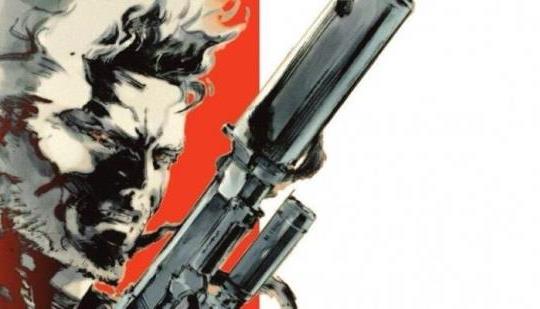 Months after they were removed from sale, a number of Metal Gear Solid games have yet to return to the PlayStation and Xbox stores.

It's Konami. Expect nothing.

Konami's too busy with their Pachinko machines to worry over silly little things like this.

glad I have my PS3 HD MGS collection.

I have it on Vita too.

MGS is just missing in general. Thanks Konami.

It’d be nice to see a HD collection, but knowing Konami they’ll somehow mess that up.

I have the Metal Gear Solid HD collection from a few years ago and I still have the PlayStation 2 versions of mgs2/3. Wish Konami would get their act together they have so many great ips that are just wasting away .

The HD Collection on 360/PS3 was the best version of those games. And the best way to play them at the minute seems to be on PC emulators.

Knowing Konami they will probably release Metal Gear in some form of an anniversary collection pack like they did with Contra and Castlevania. Konami gave the middle finger to their die hard fans who have followed them from beginning to end. Konami turned their back on the gaming community I honestly don't care about Konami anymore I have my Konami games I like and I will stick with the older titles. Too bad Konami just doesn't sell off their gaming division to someone who will utilize that division. And Konami can stick their head back in the sand and focus on Pachinko machines.

Luckily I have the physical cartridge of the MGs collection for Vita. MG3 is so good portable.

I buy digital mostly unless I want a collector’s or special edition. I buy way too many games a year and I don’t want have ti deal with storage.

You can still download them if you bought them previously, they have just gone like physical did years ago and remove them from being bought new. The only difference is that you can still buy them second hand in the physical market.

A rerelease or a remake on the way , these are most logical reasons at this time.

I already own both the Xbox 360 and PS Vita versions, so I'm good.

Im glad I have the excellent Legacy Collection on PS3.

Probably too busy with their Baseball and football games.
Those are live and well in Japan filled to the brim with microtransactions.

It still amazes me how MGS4, the last great MGS games (MGSVs open world and lack of plot outside of tapes did nothing for me) is still locked on PS3 outside of streaming via now. Konami are sitting on a goldmine. I wish Sony could somehow acquire the rights