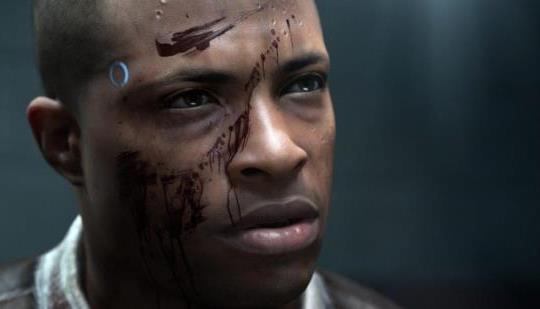 Nice. This is a must play and by far the best of QD’s titles (although I have huge love for Heavy Rain).

Agreed. This was a very good game. But I guess I love the genre that deals with humans and android like Almost Human which was cool watched in order but was cancelled, Humans, Ex Machina, I Robot, etc. I watch them all.

Cage definitely got this one right. It goes over similar material as other TV, movies and books, but it was put together well. Glad it sold.

There is a very interesting show on HBO for you. Its called “raised by wolves”

Almost Human was great. Yet another show that Fox killed with their meddling. I remember the show took two separate 2-3 week breaks in the middle of the season, just a couple episodes apart.

This was a massive missed opportunity. Instead of really exploring the narrative that AI will one day replace humans, David Cage instead made a racism and slavery allegory with some of his dumbest writing to date. Just like all Cage games, he has the most condescending view of homeless people, who always have some secret society going on and are simultaneously the most moral, upstanding, ethical people, especially compared to anyone with money or power, who are cartoonishly bad. We get it Cage, you're a communist.

love this game, Played it so many times and always got different endings. Even the main story line keeps the same, your actions and decisions can create a whole new plot.

And? By all counts Quantic Dream/David Cage imploded their own reputation.

To this day, I am still very surprised that Sony did not buy Quantic. Especially after the HR, Beyond and Detroit era. Perhaps they tried but weren’t successful.

And now they’re off making multi-plats. Interested to see how their new title is.

The same way I feel about Microsoft not buying Remedy 😁

I’m glad that didn’t happen. The Microsoft back then is not the Microsoft of today, it would’ve limited their creativity and ultimately ruined Remedy.

^ they didn't even need to buy Remedy to achieve that. See: CrossfireX

I guess you're right. Crossfire X is definitely one of the worse games I have ever played. I couldn't even finish the game.

@SullysCigar That hasn’t ruined Remedy though, most people associate CFX with SmileGate, not Remedy, and they still have a good reputation and will continue to have creative freedom - I have high hopes for AW2.

@CaptainHenry God, if you think CFX is one the worst games, you should try out some of the games that scored even lower than it :p I recommend Ride to Hell 😂

You will probably see Remedy snatched up by Tencent before Epic even makes or considers making a move on Remedy.

Quantic Dream didn't want to be purchased. Y'all act like a company can buy another anytime and without their approval.

If they are publicly traded then you can try, but QD is private company and are free to reject an offer for any reason, or no reason at all.

Thank god they didn’t or anything from them would be censored worse than Indigo Prophecy was back in the day.

Likely because they don't have a sustained, ongoing IP. Something that could be done as a trilogy or series.

MS has really yet to show that they've changed.

You put one indie title MS bought into after the fact of its popularity then made a co-op sequel against the entity of a Sony 1st-2nd party studio, and *I'm* the one in some kind of worship bubble?

As for console wars? There are none.

Nintendo's doing its own, low tech, thing, MS is more concerned with streaming than hardware, buying over making games and, as you said, Sony's more focused on open world action/drama.

“Ori alone is more unique than the naughty dog clones and map marker open world trash sony craps out. Maybe get out of ur sony n4g worshipping mentality…”

Those are fair points. I guess back in the day I just assumed they’d end under Sony and they didn’t.

I love QD but I like new ip and story so I’m a bit disappointed there are making a Star Wars game.

This was their worst game.

Hell no. This is the one with the least amount of plot holes and red herrings.

Why did Todd tell you to put down food for the child?

Much well deserved. It's their best game yet.

Oh…now it does? It’s been 5 years. It took it this long? and how many were discount sales and free downloads via psn? I’m not sure if this is really a bragable achievement for any big studio/dev. Viral fart prank videos get more clicks get more traction, that’s a fact.

None, since its units SOLD

And humans shit 5 billion times a day, including your post. Are you sure you are comparing the video game with the correct material?

With so many great games to play these days I haven't gotten a chance to play any of quantic dream games even though I own heavy rain, beyond 2 souls and Detroit. Unless you use gaming as your only entertainment medium, it will be very difficult to play every great game especially on playstation consoles.

13 years and 1 month since I picked up Heavy Rain. Good memories.

Brilliant game, love these games though just like all the super massive titles.

The hardest thing of this game, is do not sleep.

Great game I like the whole robots becoming sentient idea and wanting to live. I know its been done lot's of times but the game I enjoyed and Clancy Brown did a great job in the game. I would like a sequel but I have a feeling it will never see the light.

Best Player Decision-Based Games You Should Check Out