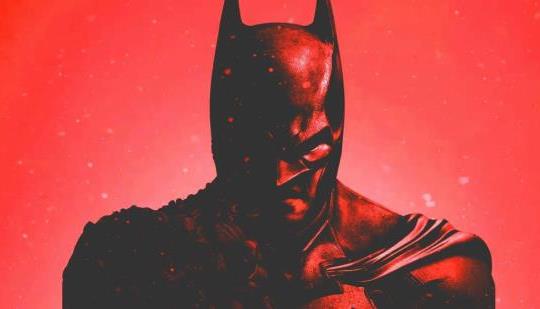 Arkham Origins displayed a definitive, enriched version of the Batman, that stands tall as the franchise's strongest entry.

Spent years standing by origins while always getting crap for it. Just to have everyone suddenly view it as a "hidden gem". Games has THE BEST bossfights in the series by far

The boss fights are cool but it’s still lacking in some areas. Like the Deathstroke fight is better than the shitty tank fight in Arkham Knight.

My issue aswell is that for being a prequel Batman has a suit and gear thats sometimes better than what’s in the sequels. Hell there’s some things which are missing in the sequels which you wonder why he never used as it would have helped him a lot.

The problem you point out needed to happen. You can't make a new game on a franchise and strip it away from mechanics that were in previous games. Making a Batman that's worse equipped than in A.Asylum would have sucked. That's the issue with prequels but I don't think that's something we should be complaining. The games made a good job showing Bats has every tool at his disposal but he not always takes them with him. Maybe before Asylum he has broken the armored suit so he had to use the spandex, who knows.

I was there with you and it baffles me how often this happens. People shit in the game to be c*nts when they didn't even experienced it. Now they see it was an awesome game. Is it too hard to make up your mind without basing it on others opinions?

I wrote this on Batman: Arkham Origins in 2013: https://www.germsgaming.com...

ok but Anthem was TRASH tho

I agree it's a good game. Though, *spoiler* i didn't like that it was all involving Joker, again *end spoiler*. And after Arkham City, i guess, a lot of people expected more changes, at least i heard a lot of people saying "I was expecting more from this game". And i remember quite a few bugs.
Multiplayer was trash, though, IMO. At least i never got it to work properly (lags, falling through floor, frequent disconnects). And they abandoned it rather quickly.

Lack of Mark Hamill and Kevin Conroy only cool thing was fighting Deathstroke I love Deathstroke as a villain. After that the game just feels lack luster when compared to the other entries in the Arkham franchise. If you are a die hard Batman fan or you find it dirt ass cheap grab it. I played it and I was not impressed by Arkham Origins I would say its my least favorite entry.

It's my favorite game in the series.

I think that the game was solid. I enjoyed it. I disliked about the game the grappling hook ceiling. You couldn't Grapple to the top of bridges or certain buildings.

The greatest Batman game of all time. If anybody disagrees Slade Wilson will find you

Arkham Origins did have a great ending and interesting 1:1 fights throughout. It IS underrated.

But people also forget how good Arkham City was. It was widely regarded as a perfect game.

The Rhas Al Ghul fight, Mr Freeze and his adapting upgrades, the Mad Hatter and “theater” easter eggs, and the opening and ending…. That game is a very, very well paced open-world story, with a great balance of guided story direction and optional secrets to discover on your own entirely

So again, Origins is 100% underrated, maybe even better than Knight which had WAY too many batmobile “stealth” missions (how did they NOT know to cut those?!?).

It had a game breaking bug for me on PC. I like what I played, but continued to get stuck around 40% through at the same point a couple times and never could finish it. Said to hell with it. I would play a remaster though…

Technically its a prequel ....good game tho

The mr freeze fight was cool but that’s all I remember about it.