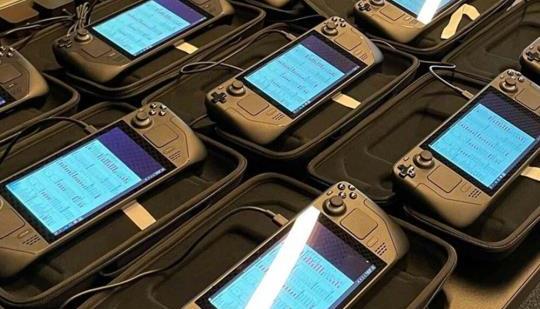 Valve’s handheld gaming PC, the Steam Deck, just launched last weekend, but the company already has its eyes on the next iteration of the device. The company’s president, Gabe Newell, thinks the device will be a “permanent addition” to PC gaming.

Would've been better if they designed it to be upgradable, guess that would give them less sales on new models though. Meh.. Just gonna save my money for a new high end GPU coming in 5/6 months instead.

lol and how do you purpose they do that? You know how small and tightly engineered these are right? Laptops are barely upgradeable and are more than double the size. What would the average consumer be able to upgrade on these? Soldering would be required.